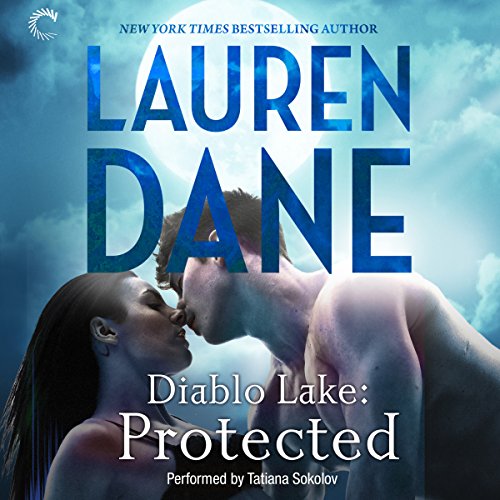 New York Times best-selling author Lauren Dane welcomes you back to Diablo Lake, Tennessee: a town founded by witches, governed by werewolves, and full of secrets.

Tensions are building in Diablo Lake as the two main rival Packs vie for control, and the town is divided along lines of Pack loyalty. Aimee Benton and Mac Pembry are on opposite sides, and he seems to find excuses to spar with her daily. He's infuriating - not to mention charming, gorgeous, and oh, so lickable.

Mac can't resist pushing Aimee's buttons. She's always been incredibly sexy, and the wolf in him craves a female with fire in her belly. When a heated argument ends with a sizzling kiss and Mac gets a taste of her, he craves more - and she can't seem to get enough of him, either. The forbidden nature of their attraction stokes their desires until they're secretly hooking up whenever they can.

But then Mac's clan goes too far, and Aimee shuts him out. She's hurt and angry - but that's nothing compared to the rage Mac is feeling toward his own Pack. A fight is brewing that will plunge the whole town into chaos, and someone will have to cross Pack lines to keep the town's fragile peace from breaking apart for good.

Mystery and intrigue with a little violence thrown in

Well- Aimee and Mac have a lot to deal with in their way to HEA.

Mac is back to Diablo Lake to take over the pack. Unfortunately, his mother, father, and brother are hell bent on standing in his way and creating a little havoc in the meantime. Aimee is living her life as service to others , but can she tackle restoring a pack in turmoil too.

This book was a great sequel. We still don't know what Scarlett's issue is with Katie Faith, but it must be good. It takes a little getting used to the new shifter ways in this book, but the addition of witches and cats proves to make things interesting.

I enjoyed Book 2..was happy that that Duane and Daryl are gone and hopefully the pack can come together again. Can't wait to see what else Diablo lake has to offer.

loved it. funny and sexy, even a little crazy

great story and continuation from book 1. loved it. I can't wait for the next one.

We meet most of these characters in book 1 and I enjoyed the story in that book wasn’t a huge fan of the narrator but she didn’t ruin that book by any means.

So when this book was coming out I was all about it and yay! I am so glad I listened to it, not only does Tantiana Sokolov do an amazing job but the story was awesome!

I love the dynamic between the witches and the shifters of this town. How they all work together to keep them all safe, and if one pack/clan is out of line it affects everyone.

Mac comes back after being away to be a better him for his pack he realizes it’s not going to be easy going against his family. But what I loved was that Aimee too, was kind of in limbo after a bad break up but when these two find each other its magic. :)

I love that they become this pair out to make their town what it is supposed to be. I just loved how they connected on all levels even when things were up in the air they knew that they would always be alright. <3

Swoony this is a fabulous addition to this series! Loved it recommend it, especially if you read book one.

This book is a great read. You can’t help but feel for Mac and what he has to do for his Pack. Amy is just what he needs to get past his problem and help him and Diablo Lake. Tatiana Sokolov does a great job narrating his engaging story.

This is a good addition to the series. I thought this book was better than the first one. This book was funny and sexy and was able to keep me captured until the very end. I really love the main characters, both of them. The story was excellent and the narration was great! Well worth the credit!!!

Not as good as the first

It was a big mistake to change narrators

I have not finished the book because I was so disappointed in the narrators reading ...very monotone you cant tell one character from another, unlike the narrator of the first book.

Could you see Diablo Lake: Protected being made into a movie or a TV series? Who should the stars be?

Why did you change the narrator?

Would you try another book from Lauren Dane and/or Tatiana Sokolov?

ERROR MULTIPLE TIMES . JUST WANT TO LISTEN TO THE STORY

Has Diablo Lake: Protected turned you off from other books in this genre?

ERROR . UNABLE TO PLAY TO HEAR IT

Who would you have cast as narrator instead of Tatiana Sokolov?

If you could play editor, what scene or scenes would you have cut from Diablo Lake: Protected?