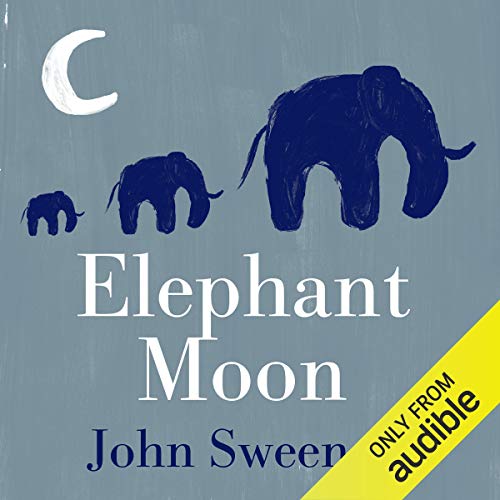 As the Second World War rages, the Japanese Imperial Army enters Burma, and the British rulers prepare to flee.

But the human legacy of the British Empire will be left behind in the shape of 62 Anglo-Burmese children, born to local women after affairs with foreign men.

Half castes, they are not acknowledged by either side, and they are to be abandoned with no one to protect them. Their teacher, Grace Collins, a young Englishwoman, refuses to join the European evacuation and instead sets out to deliver the orphans to the safety of India. She faces impossible odds because between her and India lie 1,000 miles of jungle, mountains, rivers, and the constant, unseen threat of the Japanese.

With Japanese soldiers chasing them down, the group's chances of survival shrink - until they come across a herd of 53 elephants who, with their awesome strength and kindness, quickly become the orphans' only hope of survival.

Based on a true story, Elephant Moon is an unforgettable epic tale of courage and compassion in the midst of brutality and destruction.

John Sweeney is a reporter for BBC Panorama. He has won many journalism awards and is the author of five previous books. Elephant Moon is his first novel.

"A deftly realised on-the-road novel alive with the horrors of war." (Yorkshire Evening Post)
"If you were to relocate Michael Morpurgo's War Horse to Burma in the Second World War, with elephants taking the sentimental role from the horses, you might end up with something like Elephant Moon by John Sweeney. It is a tender and loving tribute to 'Nature's great masterpiece.... The only harmless great thing', as John Donne described the elephant, as well as an insight into one of the forgotten battlegrounds of the war." (Literary Review)