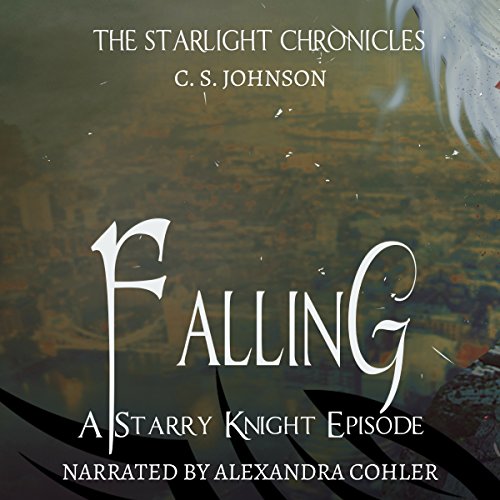 Hamilton Dinger has never gotten along well with Starry Knight.

Only Starry Knight knows the real reason, and the real danger, when it comes to working alongside him.

This is a short story set between book two and book three of the Starlight Chronicles.

GREAT STORY. Loved it. GREAT NARRATOR AND EASY TO FOLLOW.
IT'S NICE TO HEAR STARRY NIGHT UNIQUE PERSPECTIVE. IT'S TIME TO MEET ON THE BATTLEFIELD AGAIN AS THE ADVENTURE CONTINUES. BUT IS IT ONE BATTLEFIELD WAITING OR MANY. THE BATTLEFIELD OF LIFE AND THE HEART MEETS HERE AGAIN.

WE RISE TO OUR HIGHEST OFTEN TO FALL. YES TO FALL TO A GREAT TRAVESTY. ONLY WHEN WE RISE AGAIN AND OVERCOME THE CHALLENGES DO WE TRULY KNOW HOW HIGH WE MAY GO.
THIS IS PERSEVERANCE THROUGH TRIAL AND TRAGEDY. ARISE TO THE CHALLENGES. ACCEPT RESPONSIBILITY. CLAIM THE LOSS, PERSONALLY AS YOUR OWN AND RISE ABOVE THE TRAGEDY. A GREATER LEADER FOR IT.
FOR LEADERS KNOW WITH TOMORROW COMES ANOTHER BATTLEFIELD !!!!!
A VOLUNTEER FIREFIGHTER IN RURAL MONTANA !!!!!

FALING FROM A FALLEN STAR,
FALLING NOT KNOWING WHERE YOU ARE!
FALLING IN LOVE WITH YOUR ONE TRUE STAR!

Fantastic job once again. Was different to hear it, rather than reading it ,but I still enjoyed listening to the story and especially from Starry Knights point of view. thank you