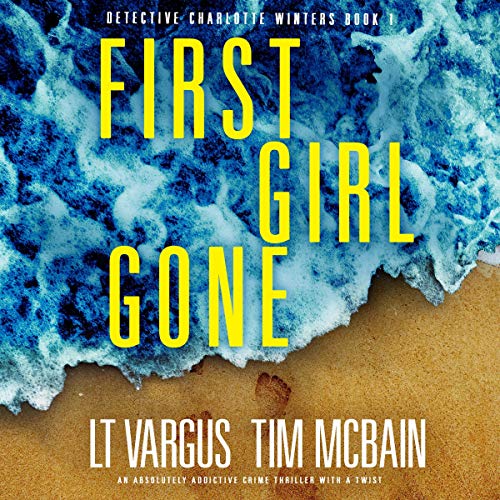 An absolutely addictive crime thriller with a twist

Down the beach, she can just make out the rusting hulk of the Ferris wheel through the dawn mist. The hairs prickle on her neck as she drags her focus back to the chestnut hair fanned out in the shallow water at her feet, to the grains of sand decorating the beautiful girl’s white cheeks like freckles.

Private Detective Charlie Winters never thought she’d find herself back on Salem Island, but she’s forced home to reopen the wound that never healed: Her sister was abducted from the small town when they were teenagers.

For Charlie, her sister’s voice in her head - pushing her to risk everything to seek justice for the innocent - is a painful and constant reminder of what she lost. And never has that voice been louder than when a family friend comes to Charlie begging for help to find her missing daughter, Kara.

Searching Kara’s messy, poster-covered bedroom, Charlie finds more questions than answers. Did Kara run away, or was she snatched? She’s clearly been keeping secrets from her family - but don’t all teenagers?

A little black matchbook hidden in a jewelry box is Charlie’s only lead, but the seedy nightclub it comes from proves to be nothing but a dangerous dead end. Until Charlie is approached by a second distraught mother whose daughter has also vanished.

Forced at every turn to relive the trauma she ran away from, Charlie’s blood runs cold when a girl’s body is discovered in the exact spot on the water’s edge where the last trace of her sister was found. It’s clear someone is taunting Charlie, but with other innocent girls’ lives at risk, she has no choice but to take the bait....

Fans of Angela Marsons, Robert Dugoni, and Lisa Regan will need to sleep with the lights on!

They picked the perfect voice for the reading. The story is riveting and keeps the reader engaged the whole time. Charlie is a terrific new character lead, and I can't wait to read more of her adventures!!!

Nice book to keep you entertained, the characters were not deep and I wont think of them again but I was entertained and wanted to keep listening. Nice easy read, not too heavy or in depth.

The book details made this book sound interesting. However, I am not a fan of audible books read by people with a British accent. This the second book I’ve tried to listen to by these authors and neither good enough to hold my interest. So, time to move to a new author

Private investigator, Charlie is hired to locate a missing teen whom the police have labeled a runaway. Charlie’s twin was abducted and killed when she was a teen and this case quickly gets under her skin. When a second teen goes missing, police finally pay attention but is it too late? Is the killer connected to Charlie’s sister’s? Lots of twists and turns that keep you guessing.

Listened to this at work and wanted work to go away so I could stop pausing it. Truly a great story that kept me listening. I have already purchased Girl Under Water and will be starting it tonight! Great writing, please keep doing what you are doing L.T and Tim.

PI who twin was killed when they where teens. Go back to her home town to help her uncle out with his job while he does treatment. Well written good book looking forward to the next book.

The story was a little slow for my taste. Nothing really exciting to me. Not very suspenseful and predictable.