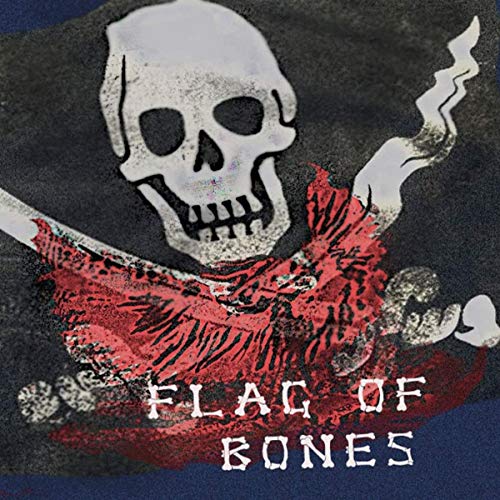 Flag of Bones: Voyages of the Dragon Wynd, Volume 1

Captain Jalen, Delphe Shenn, Captain of the Dragon Wynd was willing to give it all up for his wife. Giving the order to scuttle his own boards, he chose to go down with the ship, until Thadeus Silvermane, captain of Wolf's brigade, swore to him his wife would be safe if he came quietly.

Now standing to hang for the second time, he finds that this is the hour he must choose. Silvermane lied, his wife, his beloved Mirana stands damned by his treasons, and before him stands his best friend, Marek, with everyone against him, the mysterious figure of Hergir rescues him, and as payment, demands the captain take him to the End of the World, a place even Pirates fear to tread.

But with more questions than answers, one question remains in his mind, will he raise the black flag in defiance one more time, or will he, and his motley crew hide under the freehold banner while the Empire takes everything they hold dear?

Treasons, Magika, secrets and debts seem to plague him at every turn, and before it is all over, he must face the mighty Spira, the guardians of the reef, whom all men fear, and he must decide if the most feared Pirate of the Isles is going to raise the black flag, and to hell with the consequences.

Will Shenn go to war?