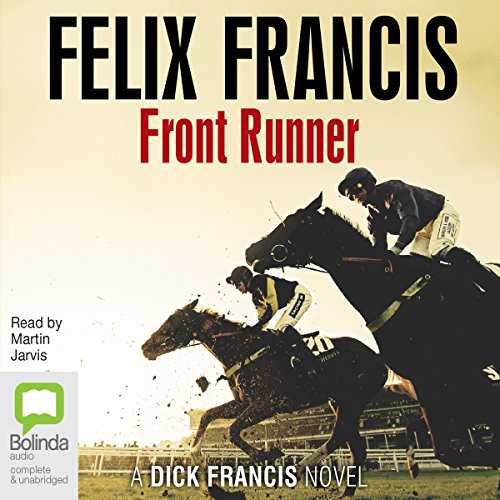 Things are hotting up in this latest thriller from best-selling author Felix Francis, in his fifth solo novel Front Runner.

Jefferson Hinkley is back. In his role as an undercover investigator for the British Horseracing Authority, Jeff is approached by the multi-time champion jockey, Dave Swinton, to discuss the delicate matter of losing races on purpose. Little does Jeff realise that the call would result in an attempt on his life, locked in a sauna with the temperature well above boiling point.

Dave Swinton is then found dead, burnt beyond recognition in his car at a deserted beauty spot. The police think it's a suicide but Jeff is not so sure. He starts to investigate the possible races that Swinton could have intentionally lost but discovers instead that others are out to prevent him from doing so, at any cost.

"From winning post to top of the best seller list, time after time." ( The Sunday Times)
"The master of suspense and intrigue." ( Country Life)