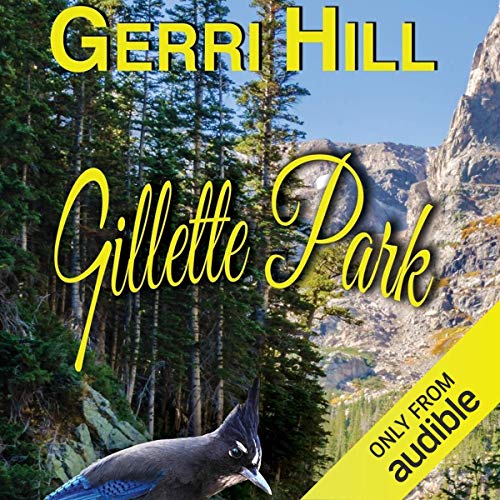 Gillette Park, a sleepy town nestled in the Rocky Mountains, harbors a secret.

Twenty-three years ago, a young girl went missing. Two days later her body was found lodged beneath the footbridge over Boulder Creek. The murder shook the town but they soon found it was only the beginning. A serial killer hides among them - a serial killer who strikes twice, sometimes three times a year.

Mason Cooper couldn’t wait to leave Gillette Park. At 18, she headed off to college and the bright lights of Los Angeles, thinking she'd never return home to the broken family and forgotten friendships she'd left behind. But being a cop in LA lost its charm and - after a breakup - Mason heads back to her hometown. The serial killer still haunts Gillette Park and she becomes consumed with catching him.

Dr. Grace Jennings has what some call a gift. She "sees" things. She "hears" things. Running from that gift was useless so she's learned to embrace it instead. Now the FBI has solicited her help in catching the serial killer.

Not everyone in this mountain town has embraced the idea of bringing in a psychic, including Mason's uncle and boss, Sheriff Cooper. Mason is tasked with being the go-between, and she soon finds herself with a front row seat as Dr. Jennings discovers the dark - and well hidden - secrets of Gillette Park.

As Mason and Grace's friendship grows, so does their attraction. But safety lies only with each other, as they battle the evil that lives in Gillette Park.

I couldn’t possibly be able to find the words to describe such a masterpiece of a book. Absolutely my favourite book by gerri hill to date and I’ve been following her for some time. The narrator was perfect!

Wow. Another great one from Gerri Hill. Well worth the money. The story was well written and the narrator did a great job.

I loved Gillette Park. Disclaimer: I don't like the para normal genre. But, this book will rope you in and keep tight hold of you until finish it. Lots of action. Nicol Zanzarella does an excellent job with the narration.

I would recommend in a heart beat it has drama,twist and turns ,LOVE, and also it's not overly sexualized, like many LGBTQ books I have read ; to be honest I feel as though you see the relationship grow as both characters grow. recomend in a Herat beat .

Another excellent story by Gerri Hill!

For the first time ever, I both listened to - and physically read - a book at the same time. I started Gillette Park by Gerri Hill as an audiobook and could tell I really loved the story, but the narration wasn't really adding to the experience for me. It was my first listen to Nicol Zanzarella. I wouldn't go so far as to say I didn't like her narration. She's a very good reader and has a lovely tone to her voice. But I found there just wasn't variety in the voices - and I need that, especially in the case of the two main characters. With Zanzarella it felt like someone who reads well was reading the book to me, but I was craving a PERFORMANCE of the work as I've gotten spoiled by narrators like Abby Craden and Angela Dawe. So although I went back and forth between the two, I got much more out of reading the book itself and spent more time doing that. As for the story, this was similar to Gerri's Weeping Walls and Keepers of the Cave - in that it was paranormal in nature. And like those, this was excellent! This was a great story - an exciting build and at times creepy and intense. I felt like the MCs and supporting cast of characters were well fleshed out, and there was a sweet love story too. Once again Gerri proves why she's one of my all-time favorite lesfic writers. I'm constantly amazed that Gerri keeps coming up with ideas for these novels! And she excels at writing about cops. My suggestion is that you will get more out of the book by reading it, as opposed to listening, but it may just be my personal preference. Highly recommend this one!

not my sort of story

Gerri Hill is one of my most favorite authors but supernatural is not. I love all of her mysteries and romances but I really do not like her supernatural themes. Soooo, this was not a favorite. Keeper of the Cave was another. if this is the first of Gerri Hills books you have read....please do not judge her writing by this novel. She is normally very good. Try Hunters Way , At Seventeen or Snow Falls. First, about this story. Its about a small town that has a serial killer that has gone on for about 50 years. the local cops have tried everything to solve it but cant. so they call in a psychic (Grace) Of course everyone thinks she is a quack. (so why bring her in? and of course she solves the mystery) Unfortunately I didnt like one of the main characters....Mason. 75% of the story has Mason not believing in Grace's powers and thinks she is a "freak". This gets very annoying. There is lots of Grace talking to the dead victims to get clues to who the murderers are and of course no one believing her. And then a few sub plots, such as kidnapped victims held in a room for 10 years and Mason's parentage. And of course the ending was WAY over the top for me. if you like supernatural you will probably love this story. Too much and too weird for me. oh, and it was an audible book, so I got the benefit of a narrator, Nicole Zanzarella. She was ok but did not change her voice much for different characters.

This is my favorite Gerri Hill book so far. Excellent writing and narration. I’m hoping for a second book involving these characters but don’t know if it’s in the cards. Anyone know a good psychic?

really good . love gerri hill and this was a good one. narrator did a perfect job.

Different in a good way

I wasn’t sure about this at first a medium coming to help solve a murder had my interest. The narrator did a good job with tone speed and could tell which character was talking. I own a lot of Gerri Hill books and right now this is a top favorite. That’s a rear review from me.

From Start to Finish

This audiobook kept me engaged from start to finish. I was also impressed by the narrator's performance. It took me a while to finally listen to this title because, though I love Gerri Hill's work, I had to be in the mood for this theme. I'm glad I didn't wait longer, I really enjoyed Gillette Park.

Best book I’ve purchased on this app. The plot has you on the edge of your seat the whole time! Super great book!