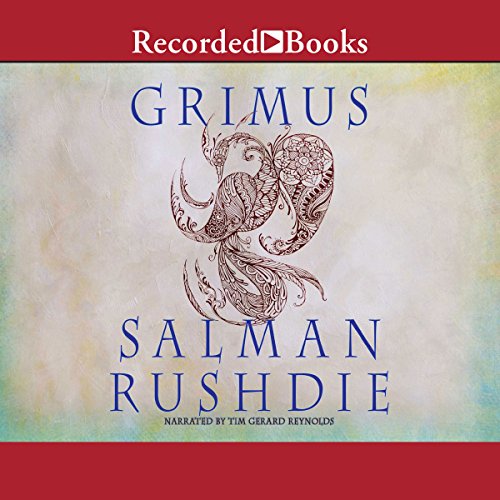 After drinking an elixir that bestows immortality upon him, a young Indian named Flapping Eagle spends the next 700 years sailing the seas with the blessing - and ultimately the burden - of living forever. Eventually, weary of the sameness of life, he journeys to the mountainous Calf Island to regain his mortality.

There he meets other immortals obsessed with their own stasis and sets out to scale the island's peak, from which the mysterious and corrosive Grimus Effect emits. Through a series of thrilling quests and encounters, Flapping Eagle comes face-to-face with the island's creator and unwinds the mysteries of his own humanity.

Salman Rushdie's celebrated debut novel remains as powerful and as haunting as when it was first published more than 30 years ago.

Couldn’t get through it

I tried but just couldn’t get through this book. I quit when the indigenous character lost his virginity to his sister.

Excellent narration, but story is a mess

I definitely struggled to finish this book. I've been a fan of Mr. Rushdie for a long time, but this book felt unreadable. I wouldn't recommend it to anyone. I can't think of a single thing I enjoyed. The characters are unlikable, every single one, and their goals and motives are either unfulfilled, unexplained, or have unsatisfying conclusions. This would be enough to turn someone away from the book, but then the author throws in casual rape and incest that have no real purpose in terms of plot. The plot, by the way, is that Flapping Eagle spends the whole book searching for his sister, only to find her, speak two words to her, and send her away. He ends up with a love interest at the last second that we know nothing about but her name. She isn't even given a physical description. It drawls on forever and ever, making no progress, and then suddenly, a thousand things happen at once and boom: the book ends without even attempting to tie up any loose threads. It attempts to be mysterious and intriguing (I think) but instead comes across as sloppy and half-baked. I'm pretty sure I'll be returning this.