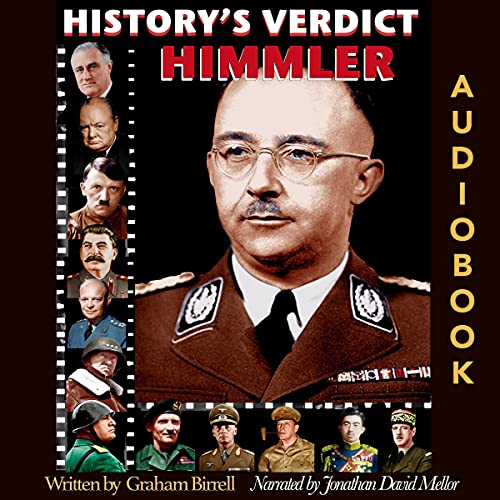 Much has been documented about Himmler as the incarnation of pure evil and the puppet master behind the Holocaust.

Now, history’s verdict reveals that he was much more than a mere slaughterer of Jews.

For all his ills, Himmler was a visionary. He longed for a utopia based on the blood community of the Aryan race. What lengths was he prepared to go to in order to obtain "good blood" as well as removing the bad?

The infamous SS is also examined in detail. Were they just the machinery of murder? What other duties did they perform to help the Nazi war effort, and what about their sense of pride and code of honour?

Himmler’s personal idiosyncrasies and occultist fantasies are also discussed in detail, and to what level did he impress them upon his men and society at large?

We also analyse his relationship with the Fuhrer himself? Was Himmler his most loyal of followers or perhaps his most cunning adversary?

Finally, History’s verdict is offered on Himmler’s role in the Holocaust and the extent to which it was planned or improvised?