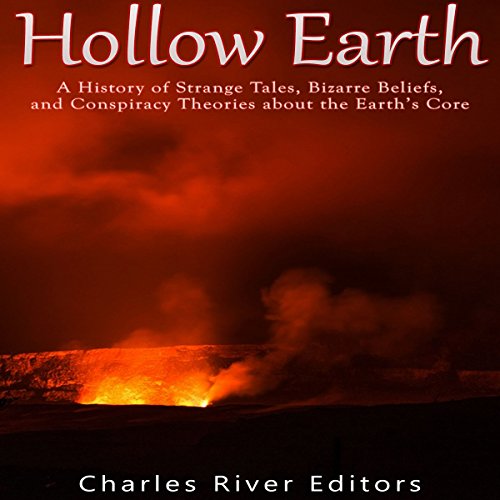 The world is filled with mysteries, and even in the modern age, much of the planet remains unexplored. The depths of the oceans and the intricate and extensive cave systems that honeycomb some parts of the Earth are still largely unknown. Thus, it should come as no surprise that when it comes to this terra incognita, people have projected all sorts of ideas. Tales of sunken cities or lost civilizations are just some of the fanciful theories, and those could even be considered tame in comparison to the idea that Earth is hollow and there's a whole other world, complete with alien beings, inside it.

Despite this notion being rejected by the scientific community for at least 300 years, and despite the fact that geology, volcanology, oceanography, and physics have all proven that the planet does not have any substantial empty space inside of it, the idea of a hollow Earth continues to intrigue people and gain eager and sincere adherents. Why does this debunked notion seem to be gaining more followers? While most people accept that the Earth is an oblate spheroid and not flat, and that it is made up of rock and liquid magma and is not hollow, it's both interesting and of value to analyze radical ideas and examine how they endure and develop. Taken at face value, these ideas are patently ridiculous, but they provoke strong emotions in sincere people who have thought about their beliefs. These people feel they are privy to a hidden truth and that the rest of the world is wrong and ignorant.

Author doesn’t even review subject of hollow earth seriously. Starting with premise of earth having been proven to be solid and dismissing every other author on subject as crack pots

This is great for people who don’t want to get buried under the weight of all the hollow earth mess. Most of the material is pretty well known to popular culture but there are enough “new” things to keep you interested for the short listen.

My only real complaint is that there’s a presumptions tone in dismissing many of the conspiracies but they are dismissed with the same loose grasp of logic as the hypotheses themselves. I’ve got no problem with the cynicism expressed, it’s well deserved, but the A+B= 77.8673554789 logic is annoying and is worthy of the same cynicism.

It’s almost like they needed the work to be a little longer, or it was behind schedule, so bits were added without the same thoughtful research as the rest of the work. It’s still good though and the narrator is really good. It’s worth the $5.00