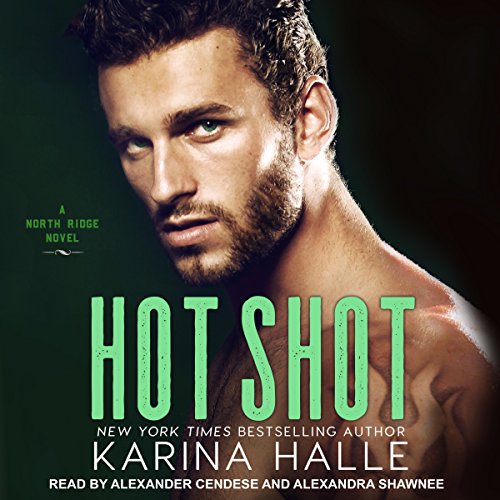 Delilah Gordon has a secret. She's been in love with her best friend and the boy next door, Fox Nelson, since she was six years old. And while most of her friends and family know about her unrequited crush, the one person who remains oblivious is Fox himself. To Delilah, it's better this way. She'd rather pretend that they're just friends, even though her feelings for the moody, rugged mountain man are anything but tame.

Fox Nelson has a secret too. As a wildland firefighter or "hot shot," Fox heads into danger every day he's on the job, risking all to fight wildfires that threaten ranches, forests, and thousands of lives. But while Fox's job is only for the brave, inside he feels anything but. The more he grapples with his raging demons, the more he realizes Delilah is the only one who can put out the flames. As the two friends grow closer - and more intimate - than ever before, the more complicated their relationship becomes. And Delilah has one more secret to reveal. A secret that will change both their lives... forever. Contains mature themes.

Male narrator doing female voices was too extreme and with a lisp! I can't comment on story because I couldn't get past chapter 2.

I loved this whole series. Fox and Del was the most emotional of the series and I loved it. Fun Emotional and as expected Steamy

did not work for me

so disappointed that I've not even bothered to finish the book. The story starts with some of the childhood of the main characters, but was pretty bland and went on for too long. then we join the two main characters as adults. There was no tease or build up to them transitioning from friends to lovers, and its that build up I was looking forward to. Clearly others have enjoyed this love story, but it fell flat for me.

Absolutely Love this book. Dealing with real life issues and finding yourself in the process. I could only wish they had another one. The narrators brought everything and the writer did justice to the characters. I will re-listen.

I liked the story behind this and the ending, but it was hard to get through at many points because of the unnecessary drama and self doubt she kept having