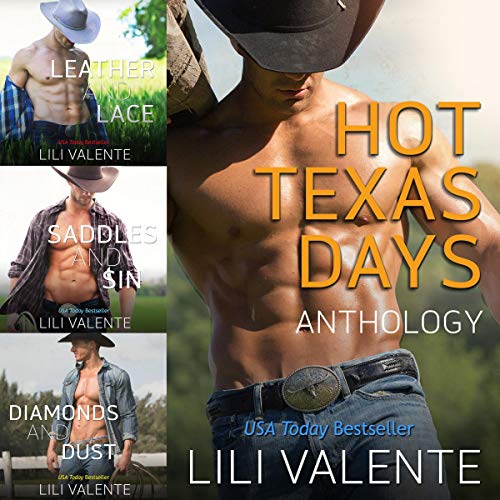 Indulge in the first ever collection of all four standalone romances in the Caught Up In Love series, with narration from Sebastian York, Andi Arndt, Joe Arden, Zachary Webber, Vanessa Edwin and Emma Wilder!

One Friday night, after a horrible day at work, Elena decides to cheer herself up with a one-night stand with a hot stranger. The guy who propositions her has a scorching bod and a sexy British accent. Cheered up? Check. Until Monday morning, when she walks into the office, and there he is. Her one-nighter is her boss's ex-husband, Chance Dixon.

Indulge in the first ever collection of all four standalone romances in the Caught Up In Love series, with narration from Sebastian York, Andi Arndt, Joe Arden, Zachary Webber, Vanessa Edwin and Emma Wilder!

One Friday night, after a horrible day at work, Elena decides to cheer herself up with a one-night stand with a hot stranger. The guy who propositions her has a scorching bod and a sexy British accent. Cheered up? Check. Until Monday morning, when she walks into the office, and there he is. Her one-nighter is her boss's ex-husband, Chance Dixon. 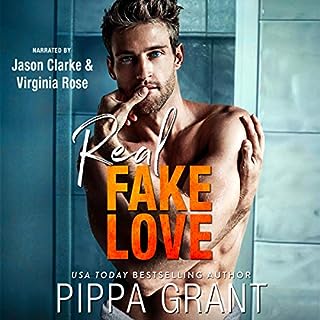 If people have polar opposites, Luca Rossi is mine. His butt is in the baseball hall of fame. Mine's comfortably seated in the hall of lame. When he's not snagging fly balls out in center field, he's modeling in shampoo commercials. I once jammed my own finger while stirring cookie dough, and sometimes I forget shampoo is a thing. He's a total cynic when it comes to love. I make a living writing love stories. But after my latest broken engagement (no, I don't want to talk about how many times that's happened), it's clear he's exactly the man I need. 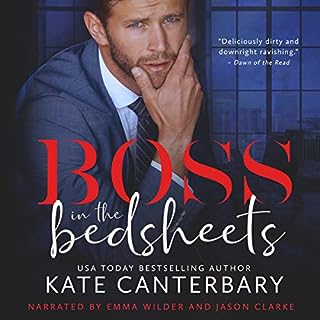 Mr. Santillian, Despite the fact I'm currently living out of your guest room and sleeping with you most nights, I am writing to announce my resignation, effective two weeks from today. In other words, I'll locate someone who is both obscenely overqualified and willing to devote their days to the handful of tasks you are able to wrench from your perfectionist, micromanaging grip. 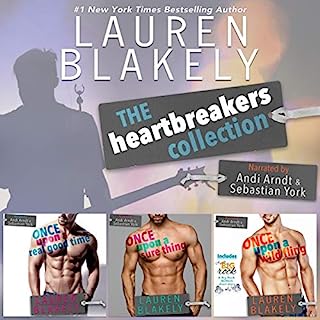 That smoking hot one-night stand with a former rock star? Turns out he’s my son’s new music teacher. The night I met Campbell all I knew was he played my body the same way he strummed a guitar — like he owned it. Now I’ve learned he’s the man coming to my house twice a week to teach my kid — the best music lessons money can buy. Time to turn down the volume on the late-night shenanigans with the sexy single dad. Only that’s easier said than done.... 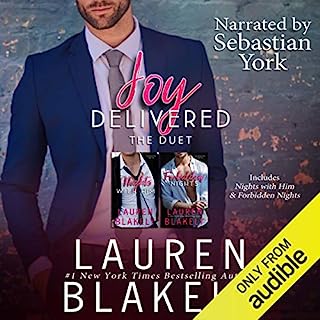 Experience The Joy Delivered Duet narrated by Sebastian York! This is the first ever audio bundle of the two New York Times best-selling stand-alone novels Nights with Him and Forbidden Nights from number one NYT best-selling author Lauren Blakely.... 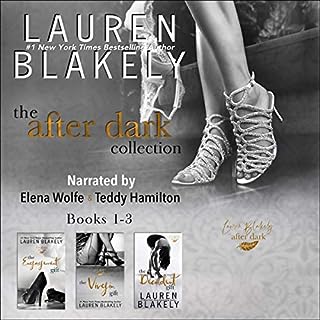 A tantalizing collection of the first three books in the Gift Series, performed by Elena Wolfe and Teddy Hamilton. 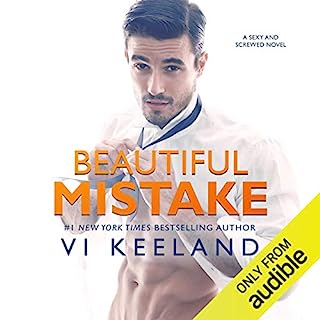 The first time I met Caine West was in a bar. He noticed me looking his way and mistakenly read my scowling as checking him out. When he attempted to talk to me, I set him straight -- telling him what I thought of his lying, cheating, egomaniacal ass. You see, the gorgeous jerk had wined and dined my best friend-smooth talking her into his bed, all along failing to mention that he was married. He deserved every bit of my tongue-lashing and more for what he'd done. 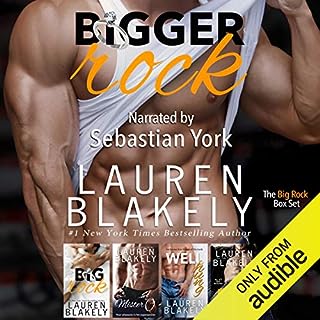 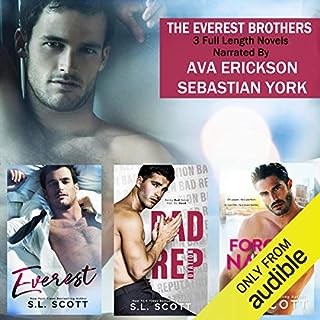 The Everest Brothers is a compilation of contemporary romance, royal romance, and romantic suspense best-selling novels. These alphas fall hard and love harder while sweeping the women in their lives off their feet. You will fall head over heels for these billionaire heroes with hearts of gold while cheering for the confident women who steal their hearts. 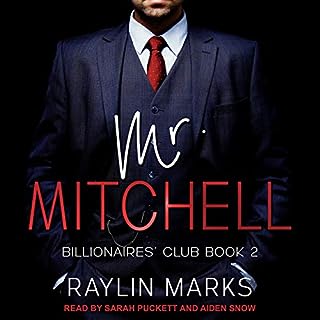 My trip to London was the first lucky break I've had in years. It came at just the right time, allowing me to escape my sad reality for a bit. And the guy I met on the flight? Perfection. The short week we spent together was filled with raw, unbridled, and passionate nights. But it couldn't last. I'm a single mom with a troubled past and a shady ex. Romance just isn't in the cards for me. Which is why I walked away from Jim and didn't look back. That was before I landed my new job. Before I met the boss. Before I discovered that Mr. James Mitchell, CEO, was my Jim. 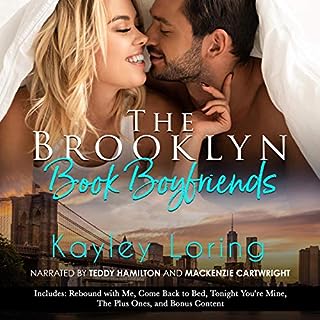 One New York borough (okay two boroughs). Four book boyfriends to fall in love with. Four full-length standalone novels with crossover characters that appear together in The Plus Ones. Bonus epilogues for all four novels that can only be found in this collection. This collection includes: Rebound with Me (bonus epilogue and 5000 words longer than the original 2018 version), Come Back to Bed (bonus duet-style epilogue), Tonight You’re Mine (bonus epilogue) and The Plus Ones (bonus duet-style epilogue). 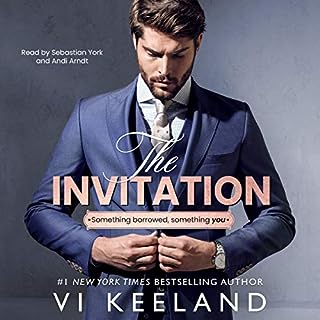 The first time I met Hudson Rothschild was at a wedding. I’d received an unexpected invitation to one of the swankiest venues in the city. Hudson was a groomsman and quite possibly the most gorgeous man I’d ever laid eyes on. He asked me to dance, and our chemistry was off the charts. I knew it wasn’t a good idea to get involved with him, considering the wedding I was at. But our connection was intense, and I was having a great time. Though the fun came to a screeching halt when Hudson figured out I wasn’t who I’d said I was. 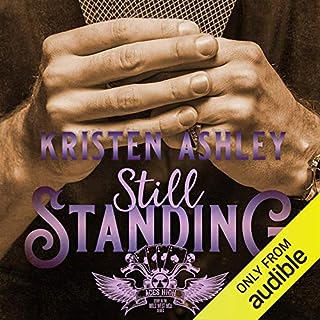 When Clara Delany walks into the Aces High Motorcycle Club's hangout, she's hit rock bottom. She's hiding her car from the repo man, she has less than two dollars in her bank account, and the only employment she can get is delivering messages for a criminal. All because of a man. Therefore, she's sworn them off. And then she meets West "Buck" Hardy, president of the Aces High MC.

The USA Today best-selling box set! Three sexy, suspenseful, full-length novels featuring hot alpha cowboys and small-town girls who always get their man. Scoop up this beach-listen-worthy box set and fall in love with the unforgettable men of Lonesome Point.

Old West restoration expert Sawyer Kane knows his share about ghosts. For years, he's been haunted by the violence in his past. He's certain he's unfit for happily ever after...until he meets the irrepressible Mia.

Can he convince Lonesome Point's resident prankster that love is worth the risk? Or, will a dark shadow from Mia's past claim her life before Sawyer can claim her heart?

Robert Lawson - Bubba to his friends - is six feet, four inches of tall, dark, and handsome cowboy, with a panty-melting voice and a face made to launch a country music career.

Women are already throwing themselves at his feet, but Robert only has eyes for his manager Marisol. He's a gentleman on the street, pure alpha between the sheets, and determined to show the all-business Marisol that romance is alive and well, and good men are even better when they're given permission to be bad.

Pike Sherman is a legend in Lonesome Point, a hometown boy who made it to the big leagues. Literally.

Professional baseball acquired one hell of a pitching arm and its latest celebrity bad boy when the gifted Pike was drafted. His broken heart came along for the ride, too, but he kept that private.

After a few days back in Lonesome Point, Pike can't imagine life without Tulsi, the girl he left behind, but when Tulsi's secret is revealed, his heart is broken all over again. The only thing worse than losing the woman he loved is losing six years with the daughter he didn't know he had.

3 awesome love stories in one!!

4.5 stars for these wonderful books!! All have amazing characters both main and supporting and story lines that provide hours of entertainment and enjoyment! And of course lots of chemistry, passion, love and happily ever afters! The narration is great for all 3 books!
Leather & Lace:
I just love Mia! She is a real firecracker! And Sawyer turns out to be such a nice sweet surprise and contrary to his appearance, he turns out to be a big sexy teddy bear except when he is in protective mode. And good thing he has that mode because Mia could use someone to watch out for her. She is hiding something from her past that she could use help with and Sawyer is there for her. I love them together!
Saddles & Sun:
This is a sweet and sexy story about an up and coming country music star Robert “Bubba” Lawson and his manager Marisol Medina. Their professional relationship takes a turn when they realize they have feelings for each other that are anything but professional. Their chemistry is through the roof and they have so much in common. Things definitely heat up and get downright steamy between them. There are a couple of pretty big bumps in the road but they manage to get through them.
Diamonds & Dust:
This is a fantastic and very enjoyable second chance romance! Years earlier Pike and Tulsie had a secret fling. Things didn’t go according to plan but now he is back in Lonesome Point for his sister Mia’s wedding and staying for a bit nursing an injury that is keeping him from his MLB career. He will stop at nothing to make sure Tulsie knows he never stopped loving her despite what things may have looked like on social media. But will the secret she so been keeping from him ruin everything or make them stronger?

Loved all three of the books in this trilligy, so much that I couldn't stop.

waste of time. her books are usually so much bette

not worth listening to. I was very disappointed in this book. cover is the best thing

loved the series alot. narration was great. Thus series has the mystery, love, deceit, more love and trust bundled together.

What’s better than one hotter than sin cowboy...how about four?!
I love when authors put their whole series as a boxset! It makes it so easy to listen to and enjoy the books one right after another and you can’t beat the price of 1 credit.
While each of these books can be enjoyed as a stand-alone, the characters do overlap throughout the series so it’s nice to have this set where you can just jump right into the next book.