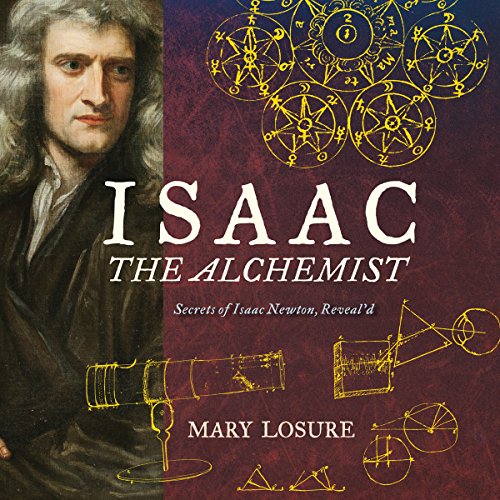 Before Isaac Newton became the father of physics, an accomplished mathematician, or a leader of the scientific revolution, he was a boy living in an apothecary's house, observing and experimenting, recording his observations of the world in a tiny notebook. As a young genius living in a time before science as we know it existed, Isaac studied the few books he could get his hands on, built handmade machines, and experimented with alchemy, a process of chemical reactions that seemed (at the time) to be magical. Mary Losure's riveting narrative nonfiction account of Isaac's early life traces his development as a thinker from his childhood in friendly prose that will capture the attention of today's budding scientists - as if by magic.

This audiobook was very interesting, informative and fun. Steven Crossley is wonderful at making all 3 things happen. I'm ordering the companion book. I like to have the info at my fingertips. I highly recommend. This book will make you say, "Wow!?", and "Really!?"