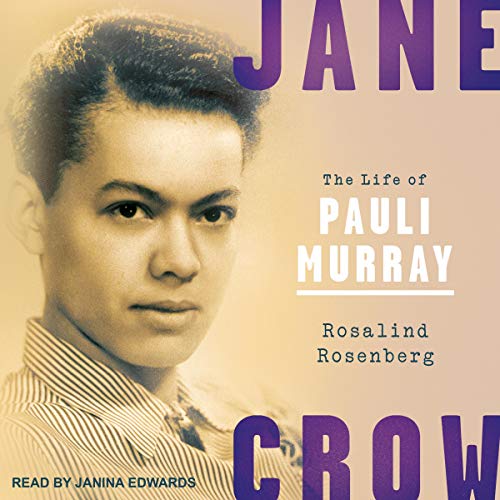 In this definitive biography, Rosalind Rosenberg offers a poignant portrait of Pauli Murray, who played pivotal roles in both the modern civil rights and women's movements.

A mixed-race orphan, Murray grew up in segregated North Carolina before escaping to New York, where she attended Hunter College and became a labor activist in the 1930s. When she applied to graduate school at the University of North Carolina, where her white great-great-grandfather had been a trustee, she was rejected because of her race. She went on to graduate first in her class at Howard Law School, only to be rejected for graduate study again at Harvard University this time on account of her sex. Undaunted, Murray forged a singular career in the law. In the 1950s, her legal scholarship helped Thurgood Marshall challenge segregation head-on in the landmark Brown v. Board of Education case.

When appointed by Eleanor Roosevelt to the President's Commission on the Status of Women in 1962, she advanced the idea of Jane Crow, arguing that the same reasons used to condemn race discrimination could be used to battle gender discrimination. In 1965, she became the first African American to earn a JSD from Yale Law School and the following year persuaded Betty Friedan to found an NAACP for women, which became NOW.

Pauli is one of the lesser sung s/heroes of the 20th century. She did so much that the well-written journey is never dull and never slows down! The narrator is an exceptional choice.

why have I never heard of Pauly Murray before? She is absolutely my new hero! Amazing to hear that so many of the equal rights that we ALL enjoy go back to the foundation that she put into place. This book is thorough, well written, has many personal details that are amazing! Recommended!

The Narrator Ruined the Book for Me

The narrator is awful. I had to stop listening with 9 hours remaining. Emphases are way off.

This book connects historical context to the life experiences and contributions of Paul Murray.

Everyone should read this book

Pauli Murray's journey through life is important for everyone to be familiar with. Pauli dealt with racial, gender, and all types of prejudices and barriers to become an activist, attorney and reverend from the 1930s to 1980s.

An excellent introduction to someone I didn't know about, a fighter for gender equity as well as transgender rights. I'll be investigating more about Pauli Murray.