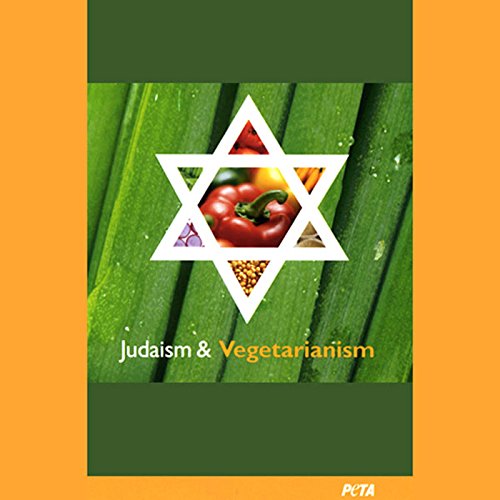 The Hebrew Bible offers countless examples of how God intends for there to be a compassionate and caring attitude toward animals and the planet. This attitude has been a constant theme throughout Judaism to the present day. Dr. Richard H. Schwartz, Ph.D. speaks on Judaism and vegetarianism with an introduction by Rabbi David Rosen.
© PETA Foundation
Judaïsme
Voir plus Voir moins

Lies and poor ones at that

To actually suggest that the Hebrew Scriptures promotes vegetarianism is absurd to the highest degree.
Let's look at some events from the Hebrew Scriptures (English Standard Version):
1) The Lord sent Quail to His people in the Wilderness:
Exo 16:11-13 And the LORD said to Moses, "I have heard the grumbling of the people of Israel. Say to them, 'At twilight you shall eat meat, and in the morning you shall be filled with bread. Then you shall know that I am the LORD your God.'" In the evening quail came up and covered the camp, and in the morning dew lay around the camp.
2)The Lord told Noah that the animals were to fear him and that he was to eat them:
Gen 9:1-3 And God blessed Noah and his sons and said to them, "Be fruitful and multiply and fill the earth. The fear of you and the dread of you shall be upon every beast of the earth and upon every bird of the heavens, upon everything that creeps on the ground and all the fish of the sea. Into your hand they are delivered. Every moving thing that lives shall be food for you. And as I gave you the green plants, I give you everything.
3) The Israelites complained because they only had manna to eat and they begged for meat:
Num 11:4-6 Now the rabble that was among them had a strong craving. And the people of Israel also wept again and said, "Oh that we had meat to eat! We remember the fish we ate in Egypt that cost nothing, the cucumbers, the melons, the leeks, the onions, and the garlic. But now our strength is dried up, and there is nothing at all but this manna to look at."
4) Those under the law are allowed to eat meat:
Deu 12:15 "However, you may slaughter and eat meat within any of your towns, as much as you desire, according to the blessing of the LORD your God that he has given you. The unclean and the clean may eat of it, as of the gazelle and as of the deer.

And there are more than 30 other verses of the like in the Hebrew Scriptures.

The word of God was that we be vegetarians, in the beginning. It was the complaining of the people that caused God to allow the eating of meat. Just as God intended for marriage to be life long,but "your hard heartedness" caused God to relent and allow divorce even though he abhors it. So, I believe it is with eating meat.

How can these people be so blind?

God instituted ANIMAL sacrifices for the Hebrews. They slaughtered animals at their temple and the priests ate the meat! You can't read even one book in the Old Testament where someone is not sacrificing animals or eating meat.

This book is so far off base that it borders on the ridiculous.

In less than 1 hour you'll hear the main Jewish arguments for vegetarianism. At the end there is an honest and helpful discussion. Highly recommended!

Would you listen to Judaism and Vegetarianism again? Why?

Definitely, within a span of 45 minutes I learned so much about why I choose to live a vegetarian lifestyle. The narrators are extremely thorough yet concise about their topic. I highly recommend this book as you learn so much in such a short time.

BINGO! This is really true

What was said is true! My cholesterol when from 258 to 133 on a vegetarian diet. My husband and son have had excellent medical results also. I should add that I am in my very late 60s. When you study the Bible carefully, you will learn that everything Dr. Schwartz stated is correct. I was raised as a Christian and I have had a lot of fine tuning to what I THOUGHT I knew. I highly recommend this short lecture. It will be better for you than a hamburger!