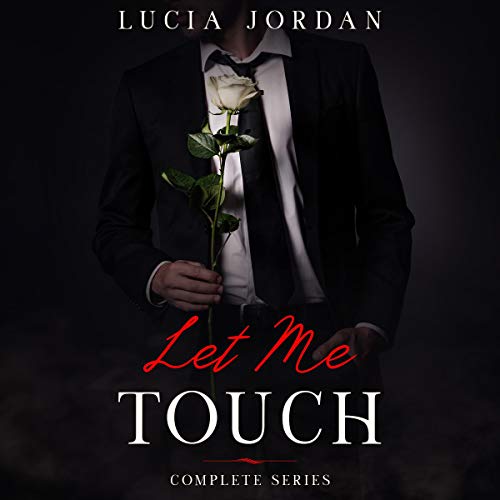 What will happen when Chardonnay and Stephan realize that the details behind their blind date aren’t exactly what they seemed to be?

When Chardonnay Selby arrives at the hotel, she immediately spots two men holding white roses - the object that her work friend Cecily told her would distinguish her blind-date from everyone else. She assumes that her guy is the one who’s dressed more casually, in jeans and sport coat, but she soon realizes her man is the complete opposite, dressed in a fine-tailored suit, waiting with the air of confidence of the man who owns the place. His name is Stephan Hale, and though he doesn’t own the hotel, Chardonnay quickly learns that he’s in complete control of everything.

Stephan begins to explore the object he’s admiring all night long, and he decides to take her to a botanical garden where he’s sure they’ll have privacy. But will Chardonnay put a stop to the evening before things even really get going? Will she allow herself to submit to Stephan and his dominant touch in the way her body is telling her to?

I like the way this story is split up so you can get into the writers style before committing to the whole book.

To Touch or not to Touch

A wonderful piece of love and romance. The exquisite choice and flow of words will keep you spell bound. I have listened to this masterpiece in one sitting and would like to recommend this to every passionate listener.

This story will have you hooked. It is a must listen, I hung on to every word! I can't wait to listen to the next book I must know what happens next!

Oh me, oh my!! What a turn of events... I truly did not see the twist in the tale coming, AT ALL!! It has most certainly left we wanting to know more. Excellently executed Lucia Jordan, yet again! I am hooked, and cant wait to read what happens next!

Intrigueing twist at the end.

Intriguing twist to a hot short story . Definitely one of Lucia's best .Follow up obviously not to be missed.

Great start. Can't wait to listen more by Lucia Jordan. Intriguing story with a promise of great fun! Thank you!

A real page turner....romance with a hint of suspense and surprise made a great combination. Makes one anxious to see what comes next.

Very interesting listen, it kept me interested throughout and the cliff hanger at the end was perfect. Perfect way to get the readers attention to want to know more.