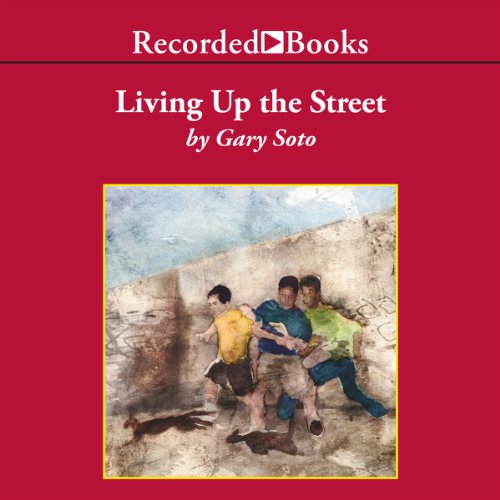 Living Up the Street

Growing up Mexican-American in Fresno, California in the 1950’s and 60’s might not have been easy, but it was certainly never boring for young Gary Soto, his brother Rick and sister Debra. As this compilation of 21 short stories and articles illustrates, there is no limit to the amount of fun a child can have, or how much he can terrorize siblings and neighbors if his imagination is active. Whether it’s beating the new neighbor kids with bagged cats, or staring into a fan for an hour without blinking while imagining he is a World War I biplane pilot, Soto passes along humorous and compelling life lessons and tales of coming of age. Gary Soto, author of The Skirt, teaches creative writing at the University of California, Berkeley. He often writes about what it is like growing up Mexican-American, and has produced two short films for Spanish-speaking children. Stories include: “Being Mean”, “Looking for Work”, “The Beauty Contest”, “Saturday with Jackie”, “The Small Faces”, “Bloodworth”, “One Last Time”, “Being Stupid”, and “Getting By”.

The way the narrator pronounced words with “W” might distract you. Very strong annunciation I suppose.

I had to read this book for my English class and I absolutely love this book. I love that it's so relatible.