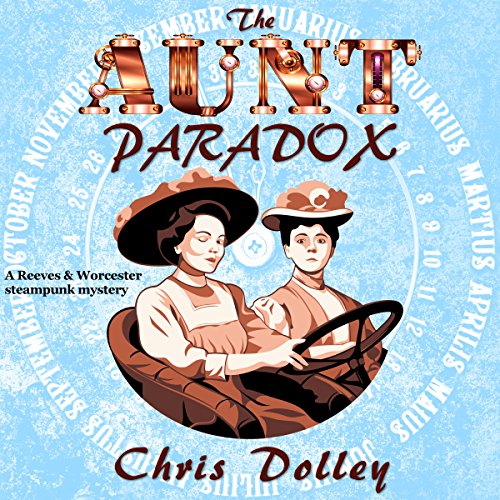 H. G. Wells has a problem. His Aunt Charlotte has borrowed his time machine and won’t give it back. Now, she’s rewriting history!

Reggie Worcester, gentleman’s consulting detective, and his automaton valet, Reeves, are hired to retrieve the time machine and put the timeline back together. But things get complicated. Dead bodies start piling up behind Reggie’s sofa, as he finds himself embroiled in an ever-changing murder mystery. A murder mystery where facts can be rewritten, and the dead don’t always stay dead.

This novella is the third installment in the Reeves and Worcester Steampunk Mysteries. The fourth installment, a novel - The Unpleasantness at Baskerville Hall - is also available.

"A fun blend of P.G. Wodehouse, steampunk and a touch of Sherlock Holmes. Dolley is a master at capturing and blending all these elements. More than fascinating, this work is also rip-roaring fun!" - SFRevu

Wack and then some!

An amusing melange of Sherlock Holmes, Isaac Asimov and P.G. Wodehouse with hints of Shakespeare, Oscar Wilde and Poe.