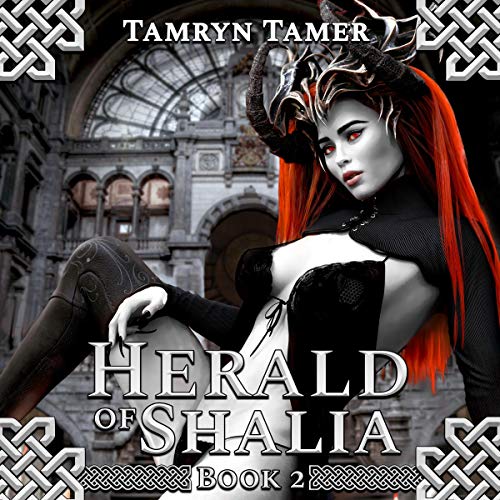 Sebastian Frost was a man with an interesting reputation. He’d killed 12 giants, eight heroes, a duke, and even a prince.

But nobody ever talked about any of that.

All they talked about was the deviant, disgusting, detestable Herald of Shalia that shamelessly laid with elves. That was because in the strange world based on game mechanics Frost found himself in, laying with elves was somehow treated like laying with animals.

Naturally, they weren’t calling him Herald Frost the giant killer.

Despite his less than dignified reputation, Frost was set to marry Princess Brynn Hilde Leaucault of the neighboring country of Zira. If everything went well, the marriage would earn him an amazingly talented wife and hopefully improve his rocky relationship with the powerful country.

Although Zira wasn’t the only country he had to worry about.

King Darius Asmund of Rilia requested an audience with Frost and since the man commanded one of the largest armies on the continent, he was inclined to take the meeting. Even if the brutal warlord had a reputation for killing heralds.

Frost just wished he knew why the herald killing king was so interested in his own lascivious reputation.

just as fun as the first. those who got the first book won't be disappointed.

Amber Lee C. narration and character voices were skillful and lively. The male voice actor sounded like he never used a mic before and became near unbearable after 2 chapters. He delivered zero emotion to the characters and ended most phrases accentuating the last syllable in every line for some strange reason. It's cringe worthy.

This is one of my favorite all time series and book 2 is one of the best in the series. This is worth your money or credits and the time to listen. Absolutely wonderful.

Join Herald Frost on his next adventure where he marries not one, but TWO princesses AND a queen! Seriously, the man is busy. I’m exhausted for him! He never seems to tire, though. Maybe he’s sapping some of my energy to fill his reserves? Ah, well, small price to pay for a great story, right?

Man the this series so much. The characters are so much fun can't wait until the next book

I cannot say enough good things about this series. The performance by Amber Lee Connors and Kieran Flitton are fantastic. I have to say all the characters are brought to life by the excellent story by the author’s and given so much more depth with these two narrators. I found myself chuckling and laughing out loud throughout the book. After listening to the first book and now the second I went out and bought the rest of the series on kindle to find out what has happened so far and I will definitely be getting all of these on audio. Keep up the great work and can’t wait for the next one.

Pure escapism, great characters and interactions, even the litrpg elements as light as they are, are more thought-out than typical non-harem books.

It's hard not to constantly re-listen to this when I'm not sure what to listen to.

I absolutely loved it.
The elves are at it again, Frost will finally make his Bard Princess into a woman, and we've a fantastic new challenger for the title of best girl. Desdemona!

I think the Slade parts for some of the funniest fucking things in the world, I'm glad that Slade found his girl. I can't wait to see what happens next;

Good but not as good as first

Overall I enjoyed book but omg I am so sick Lysandra...she has got sooo annoying!

Another great book in the series !! They get better and more funny. The narrators did another amazing job!!!!!

An awesome and worthy sequel to the first Herald.

Best harem fantasy series today. Can"t wait for the Audible of the third book in the series...and the fourth and the fifth and....Amber and Kieran are pitch perfect readers.

absolutely amazing, I love it so much, the narration is perfect and the story is just as good as the first book