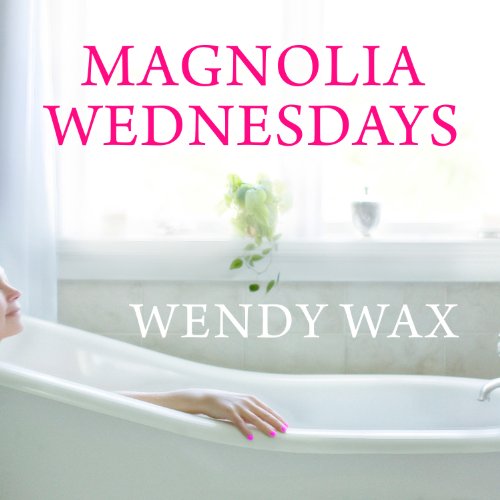 At 41, Vivian Armstrong Gray's life as an investigative journalist is crumbling. Humiliated after taking a bullet in her backside during an exposé, Vivi learns that she's pregnant, jobless, and very hormonal. This explains why she says "yes" to a dreadful job covering suburban living back home in Georgia, a column she must write incognito. Down South, it's her sister's ballroom dance studio that becomes her undercover spot where she learns about the local life - and where unexpected friendships develop. As she digs up her long buried roots, she starts to wonder if life inside the picket fence is really so bad after all.

"An honest, realistic story of family, love, and priorities with genuine characters." ( Booklist)

if its by Wendy Wax, you know its Good

Would you consider the audio edition of Magnolia Wednesdays to be better than the print version?

It is easy for me because I drive 40+ miles one way to work. I like having easy reads to listen to on the way home from teaching. The only drawback is the voice level seems to change with each chapter.

easy read. It was slightly predictable, but I enjoyed being able to get to know the characters. I like the fact that these stories aren't all about 20 something people & women who are in middle age, facing similar struggles as myself.

What does Käthe Mazur bring to the story that you wouldn’t experience if you just read the book?

I will have to think about this. Its not about dancing. Its about a family coming together through trials. Melanie was much more forgiving than I would have been. However, that's a good thing. The mother was a witch.

I think Ms. Wax needs to write a sequel. It also took me a bit to figure out why it was called Magnolia Wednesdays. When I realized, it was a silent " oh! I get it" ( aha moment).

It you live in the South you will enjoy it

What did you love best about Magnolia Wednesdays?

Being from the South I laughed oftened, because her tales of the way people act in the South were so true. Just a nice clean so true story line.

A Rich Demonstration of the Fallibility of Sisters Love and Angsts!

Vivian, an on-air investigative reporter for a national television network, goes into a tailspin, quitting her job in a moment of hormonal anger. She soon discovers her up and down hormonal misfires come from being pregnant. But she’s 41 and doesn’t know anything about babies. With Vivian’s long time boyfriend a popular international correspondent specializing in seeking out terrorist entrenched in Afghanistan she runs to her recently widowed sister’s home in her native South. Did I mention that her parents are a politically-correct, leading Democratic family planning a run for the Governorship? And, her mother is the living re-enactment of Charlotte O’hare in “Gone With The Wind?” Put it all into a well-written novel and I couldn’t put it down!

Painful. And not in a good way.

What could Wendy Wax have done to make this a more enjoyable book for you?

The story line has promise, but it just goes on and on and on. I'm well into the second half and I feel like the story should be getting somewhere. But the main character, Vivian, just goes through the same routine over and over again. She doesn't grow or learn, nor does she seem to want to. As a result, the reader must muddle through her agonizingly bad decisions. There's one single thread of the story that I'm interested in reading the conclusion, but I don't think I can bring myself to continue the story. It's. That. Painful.