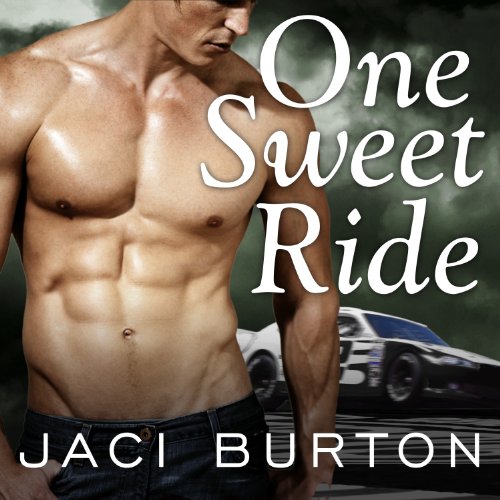 Gray Preston was born into money, but he's built his racing empire on hard work and muscle. And now that Gray has millions of fans, his senator father sends one of his aides, Evelyn Hill, to elicit Gray's help in garnering votes for the upcoming national election. Gray wants nothing to do with his estranged father's campaign, but Evelyn can be pretty persuasive. She's willing to learn about racing, and maybe even get a little dirty.

Evelyn's number one goal is politics, which makes working with Gray difficult, because his only passion is fast cars. As she and Gray spend time together, he teaches her about the sport he loves, and she learns a lot about the man behind the wheel. The more she learns, the more she wants him. But any desire that threatens to derail the carefully laid plans for her future is a dangerous one.

With the passion Gray and Evelyn share running hotter than either imagined, one of them is going to have to compromise, or else run the risk of losing more than their hearts.

"In the sixth Play-by-Play book, Burton immerses [fans] in a new sport - racing. But the new activity doesn't change the series' standard formula: one testosterone-driven male plus one independent lady on a mission equals romance." ( RT Book Reviews)

One Sweet Ride to Romance!

One Sweet Ride is Gray and Evelyn's story and is the 6th book in the Play by Play series. I liked the story line, the chemistry between the characters and the smexy scenes. YUM YUM! This is actually the first book in the series where the main characters aren't members of the Riley family. Gray Preston was a college roommate of Garrett Scott (Thrown By A Curve) and a race car driver. Gray is rich, due to his inheritance from his late grandfather, and his winnings as a driver/owner. Gray is content with his life as it is. He's got looks, money, and women available whenever he wants them. Best of all he's doing what he absolutely loves. Evelyn Hill is an aide to his father, a US Senator who is seeking the vice-presidential nomination. Evelyn is instructed to get Gray on board with his father's campaign in the hopes of swaying votes for his father. Evelyn Hill is living her dream. The strawberry blonde beauty is a go-getter, ambitious, career-oriented, and on the rise. Working hard for Senator Mitchell Preston for the upcoming national election is her number one goal, and getting him in the White House is her top priority. Career is everything for Evelyn. Her objective is to find the best way to integrate Gray into his father’s campaign, not her heart, and certainly not her bed. The only problem is that Gray wants nothing to do with his father and has to be coerced by his mother to agree to the arrangement. While I enjoyed this book, good story, likeable characters, lots of hot sex, there wasn't any real conflict.  As time progresses and the sparks ignite between these two it became more impossible to keep their desires bottled up. They are explosive together. Evelyn was the perfect girl for him. She's smart, sassy and doesn't put up with any of his crap. Apparently exactly what Gray didn't know he desired until she walked into his life. He finally met his match with Evelyn. Seeing their love blossom was heartfelt. Plus, Gray is so darn tempting he made me want to lick the sweat right off him. The interactions between Evelyn and Gray were phenomenal and the sex was HOT HOT HOT! HOT! Fans of this series truly know what to expect from this book.... one swoon worthy alpha male, gorgeous characters, determined heroine, lots of passionate sex, a life altering moment, and an eventual HEA. Overall, it's hard not to love a Jaci Burton book! She is an amazing author who pulls you in with great story lines and sexy men! I loved all of the previous "Play by Play" books. This one wasn't my favorite, b/c now Jaci is writing about friends of the famous family. It was still a good romance book with some AMAZING HOT love scenes. If you are looking for a light read that will curl your toes, this book is for you.

I am really enjoying this series and this on, and especially that cover, was great. We met Gray in the last book, he was one of Garrett's college roommates, and he now has a racing team and is a great driver. He also is estranged from his father, the senator, who is running for vice president and Evelyn Hill shows up to enlist his help with the campaign. Yea, that is is nonstarter...until she gets his mother involved. These two are perfect together and the chemistry they generate it was a sure thing they could not keep it platonic for long. Definitely recommend this one!

I love Nascar so this was amazing! Gray is what I dreamed a race car driver would be! patient, loving and not afraid to let his women be who she is. Can't wait for the next. Well worth the credit and the Narrator was spot on.

What did you love best about One Sweet Ride?

The storyline was good. The race scene was well written.

What does Lucy Malone bring to the story that you wouldn’t experience if you just read the book?

Lucy needs to change her voice more on each character, it was hard to determine who was what - my opinion.

While Jaci Burton has obvious talent, the characters in One Sweet Ride are inconsistent & unbelievable with the men acting like cavemen and the women weak and subservient.

Gray, the race car driver, appears to respect his mother and sister, yet hits new lover Evelyn without regret. Gray's father was a self absorbed politician, who ignored his children & wife for 20+ years until a near death experience causes an unbelievable change of heart. Sorry, but men who are violent and selfish don't love anyone but themselves.

Evelyn, a supposedly intelligent professional women, allows Gray to hit her and keeps going back for more abuse because she's "in love". Likewise, Gray's mother allowed her husband to hurt her children yet claimed to be a devoted mother. Really? A good mother would have intervened or divorced the insensitive jerk of a father.