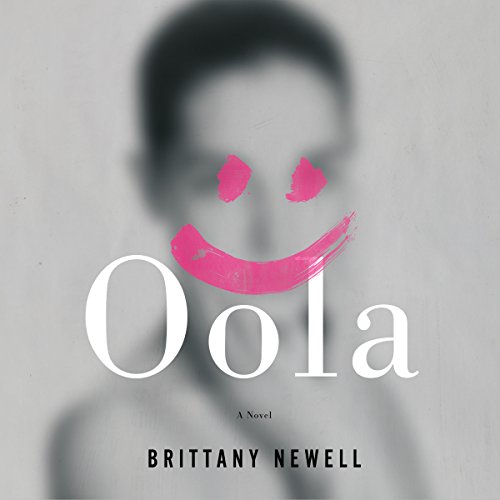 In an isolated cabin on the California coast, a writer's obsession with a lithe conservatory dropout takes a dangerous turn. A knockout of a debut from a brilliant 21-year-old newcomer.

The first thing Leif notices about Oola is the sharp curve of her delicate shoulders, tensed as if for flight. Even from that first encounter at a party in a flat outside of London, there's something charged, electric about the way Oola, a music school dropout, connects with the cossetted, listless drifter of a narrator we find in 25-year-old Leif. In love, infatuated, the two hit the road across Europe, house-sitting for Leif's parents' wealthy friends and finally settling for the summer in Big Sur. Left to their own devices, a project begins. Leif makes Oola his subject: He will attempt an infinitesimal cartography of her every thought and gesture, her every dimple, every snag, every swell of memory and hollow. And yet in this atmosphere of stifling and paranoid isolation, the world around Leif and Oola begins to warp - the tap water turns salty, plants die, and Oola falls dangerously ill. Finally it becomes clear that the currents surging just below the surface of Leif's story are infinitely stranger than they first appear.

Oola is a mind-bendingly original audiobook about the way that - particularly in the changeable, unsteady just-postcollege years - sex, privilege, desire, and creativity can bend, blur, and break. In an audiobook that sounds like the wicked love child of American Psycho and Lolita, Brittany Newell bursts into the literary world with a narrative as twisted and fresh as it is addicting.

Brilliant complex character writing by Newell combined with Crouch's reading performance makes this 5 star audio book. This is an amazing book that I will remember for a long time.

Crouch does a brilliant job giving voice to Newell's complex writing, easing his way through long, tricky sentences and milking the text for every drop of expression.

This book had not one moment of suspense. If anything, it made me want to drive my car off of a bridge.

Would you be willing to try another book from Brittany Newell? Why or why not?

Eh, no. She's a metaphor and simile whore. Sure, there were moments of originality, but they were few and far between.

Michael Crouch has two voices: Mundane geek-murmuring and Shrill-hollering. He took the creativity and life OUT of this novel. I have no idea how he was chosen to read this role.

What character would you cut from Oola?

Brittany Newell: Less is more. Stop describing the same crap over and over. No one needs to hear every detail of the "story."
Include the details and count and cut out the rest of the fat.