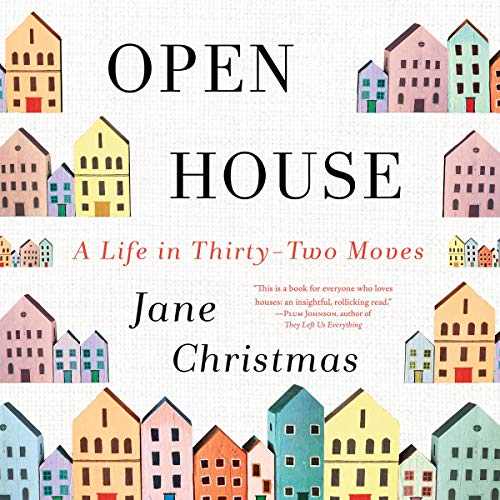 Moving house has never flustered author Jane Christmas. She loves houses: viewing them, negotiating their price, dreaming up interior plans, hiring tradespeople to do the work and overseeing renovations. She loves houses so much that she’s moved thirty-two times.

There are good reasons for her latest house move, but after viewing sixty homes, Jane and her husband succumb to the emotional fatigue of an overheated English housing market and buy a wreck in the town of Bristol that is overpriced, will require more money to renovate than they have and that neither of them particularly like.

As Jane’s nightmare renovation begins, her mind returns to the Canadian homes where she grew up with parents who moved and renovated constantly around the Toronto area. Suddenly, the protective seal is blown off Jane’s memory of a strict and peripatetic childhood and its ancillary damage - lost friends, divorces, suicide attempts - and the past threatens to shake the foundations of her marriage. This latest renovation dredges a deeper current of memory, causing Jane to question whether in renovating a house she is in fact attempting to renovate her past.

With humour and irreverence, Open House reveals that what we think we gain by constantly moving house actually obscures the precious and vital parts of our lives that we leave behind.This is a memoir that will appeal to anyone whose pulse quickens at the mere mention of real estate.

Another good one from Jane

Jane Christmas never disappoints. She has found her niche in writing. This book kind of grabs you and after I had to wonder why. Then I came up with it. Reading this (I got the audible) you feel like you are a peeping Tom or even a snoop into someone’s private life and marriage. Like getting some good gossip, and who doesn’t like that occasionally. I am not a mover. But I have done a serious renovation. Not fun. I am amazed Jane and “the husband” as she calls him, stayed together. It is a huge strain on a marriage. Her description of the house in Devon and the seagulls was funny. I enjoyed her description of her new neighborhood. I really enjoyed all of it. Wish she would write more books. Would recommend this book.