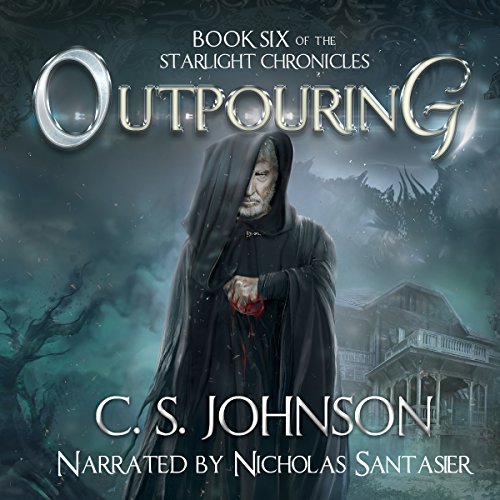 The end is approaching for Hamilton Dinger and his friends.

As the forces of darkness in Apollo City gain power, Hamilton finds himself on trial as the media, the law, and even his friends seem to have turned on him. The souls of the city, and the world, are on the line as the long-fought war against Alkuzor, Draco, and the Seven Deadly Sinisters comes to a crux with SWORD, Wingdinger, and the forces of Adonaias.

With Elysian and Starry Knight by his side, Hamilton must face the harder truths and complicated answers found only in the challenges of life and the surprising power of love. But can his heart survive such an outpouring?

GREAT BOOK AND WELL WRITTEN. EASY TO FOLLOW. A GREAT NARRATOR.
THE WRITTER BRINGS MYSTERY AND INTRIGUE OF THE UNKNOWN INTO THE UNDERSTANDING OF EVERY DAY LIFE. WITH A HINT THAT THE END IS COMING.
HITS HOME ON A PERSONAL NOTE.
THE GREATEST STRESS KNOWING THAT ANY DAY IS YOUR LAST.
THAT FATE MAY DEMAND OF YOU THE HIGHEST SACRIFICE. BUT IN THE NOW BEING THERE FOR THE ONES YOU LOVE WITH A GENTLE SMILE, A LISTENING EAR AND KIND HEART THIS IS WHAT MATTERS MOST. UNDERSTAND THAT TOMORROW THE PRICE FOR PROTECTING THOSE WHOM CANNOT PROTECT THEMSELVES, LIKE THOSE YOU LOVE MAY BE DEMANDED OF YOU. A VOLUNTEER FIRE FIGHTER IN RURAL MONTANA !!!!!

OUTPOURING BOOK 6 IN THE STARLIGHT CHRONICLES