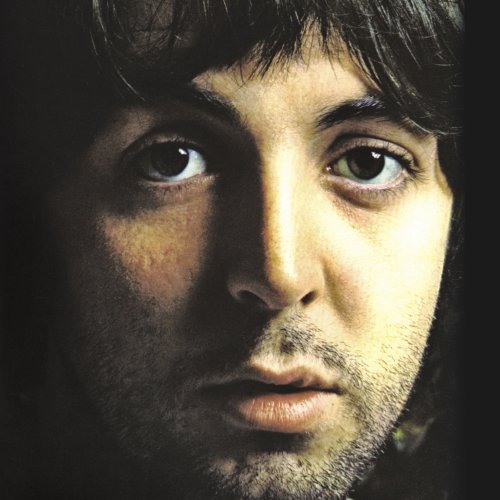 The best-selling author of Catch a Wave: The Rise, Fall and Redemption of the Beach Boys' Brian Wilson now presents an in-depth biography of the legendary musician and icon Paul McCartney, exploring his impact on music and culture, his personal triumphs and defeats, and his post-Beatles relationships with John Lennon, George Harrison, and Ringo Starr. The book explores McCartney through the perspective of his lyrics, spanning his career from his years with the Beatles to his solo albums today.

The composer of "Yesterday", "Hey Jude", "Eleanor Rigby", and "Let It Be", Paul McCartney is one of the most famous men in the world, yet one of the most elusive. An international superstar for more than 40 years, he has not only sold hundreds of millions of records but has also altered the course of popular culture. He has been worshiped and ridiculed, his work revered and reviled. Governments have celebrated him, persecuted him, thrown him in prison, and knighted him.

More than a rock star, more than a celebrity, McCartney is a cultural touchstone. Yet no book has revealed the headwaters of his genius or, for that matter, explained why the Beatles' talented and adventurous musician seemed to abandon his position as an innovator, trading the daring of Sgt. Pepper's Lonely Hearts Club Band for an endless procession of what even he has called silly love songs. But McCartney never lost the spark of genius. And at any given moment, McCartney can reach into himself and pull out something phenomenal.

Drawing on years of research, Paul McCartney: A Life spans McCartney's roots in England's working class to his life in the present day, performing around the world and working for causes he believes in. Informed by new, exclusive interviews with friends, bandmates, and collaborators, the book describes McCartney's many triumphs as well as his failures, from the Beatles era through his decade with Wings and his subsequent solo career.

"McCartney...receives long-overdue fair treatment in this insightful biography.... Carlin's balanced portrayal of all the Beatles' virtues and flaws is commendable." (Kirkus)
"The best thing about Peter Ames Carlin's book is the way he entangles the music and the life, so that we begin to understand them as what they are - inextricable." (Dave Marsh, author of Bruce Springsteen on Tour: 1968 - 2005)

Being a huge macca fan, i just wish it was longer. I'm also a Beatles fanatic, and i wish it didn't jump so ahead of time in various parts of the book. The author does provide great stories and facts about the life of macca, some stuff even beatles fanatics like me don't even know. It's a great book and the author did a fantastic job at doing his homework and composing it all together, but for a man like Paul. You just need a much longer book than this.

This audio book is EXCELLENT and FASCINATING! I love the theme that runs throughout, that is, that Paul McCartney deals with the pain of life with music. I can relate to that (being a guitarist myself)!

The narrator can talk just like Paul McCartney. Highly recommended! Well worth a credit. If you like the Beatles, get this.

I think most Beatles fans would enjoy it especially McCartney-centric folks.

Which character – as performed by John Lee – was your favorite?

It wasn't that kind of reading.

I found myself spending 10 or 20 extra minutes in the car often.

The refreshing thing about the book is that Carlin doesn't have to build up Paul by tearing down John and vice versa. Music journalists have spent too long trying to campaign for one and marginalize the other when we all know the band would have been much less important without the both of them.

If there is a central theme to Paul's life its how his working class work upbringing and his love of music has driven him his whole adult life. Sometimes those drives hurt people close to him. But as a major figure in Rock and Roll, Paul is pretty normal guy. His kids went to public school. He will still ride on the London underground.

Like most books about a former Beatle, the post Beatle years are most rich for new information. I think I learned more about his years with Wings here than any other source. I have heard McCartney's story about the two guys quitting him before Band on the Run, but I didn't know that it was based on money. I knew almost nothing about Paul from the last 20 years and there is a good summary of those years and albums. Carlin does a good job covering almost all the albums in both production terms and reception by the public. I wish all music biographies took that approach. He also explains the uneasy relationship with the rest of the Beatles family, including Paul's boycott of the Hall of Fame induction and the reunion for the anthology movie.

All and all this is every bit as good as Carlin's book on Brian Wilson.

Not a bad read and insight into some of the complexities and contradictions of the man. But still no explanation as to why he could not repeat anywhere near his musical genius with the Beatles. This will remain one of life's great mysteries.