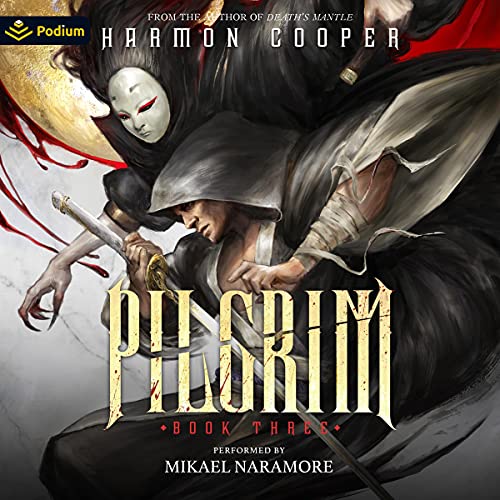 A former assassin. An unspeakable past. His blood unleashed.

No matter which way Danzen Ravja turns, someone wants to kill him or exploit his demonic powers. When his monastery in Genshin Valley gets too crowded, Danzen once again travels west with his yokai companions, Jelmay and Kudzu, in the hopes of spending some time in the north to bend his echo. But disappearing isn't going to be as easy as it seems.

With new foes around every corner, Danzen will be forced to his limits unless he learns how to control his demons, and this isn't to mention the sudden appearance of his father, the ruler of Diyu, of Hell itself, who has warmed to the idea of Danzen taking his throne.

Pilgrim is a xianxia cultivation series inspired by the Witcher books, John Wick films, the Inuyasha anime, the Preacher comics, and the movie Yojimbo.

Every time she survives is a complete ass pull. I'm sick of this character and reading the scenes with her is becoming a slog. She does not deserve the role she is playing and it's incredibly annoying for the third book. I have 5 hours left in the book and of nothing changes,then the review remains.

I was hoping that the fight scenes would of caught up to the interesting characters and abilities but that has yet to happen and now I am starting to believe it won't ever happen. oh well still enjoying it regardless.

I'm completely hooked on this series, the creativity and the balance of comedy and action

I'd love the character acting and the fantastic writing. I can't wait for the next audiobook to come out!

Pilgrim is a facinating story and the imspiration behind it is wondwrful! its a must read