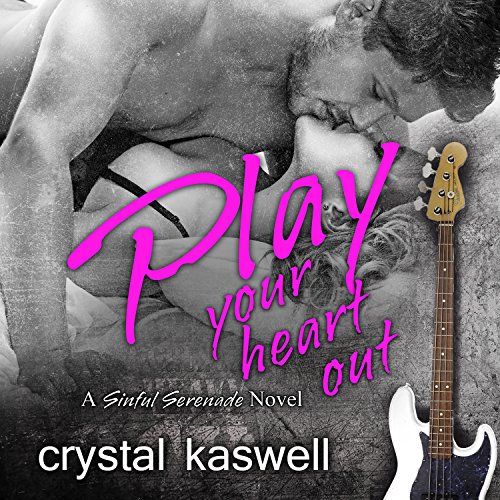 Play Your Heart Out

Jess James has her eye on the prize. She is finding the money to pay for law school. Period. It doesn't matter how lonely she feels 3,000 miles from home, how exhausted she is from working overtime as a cocktail waitress, or how deep the knife wound in her back cuts. She is going to be a lawyer, whatever it takes.

Only she doesn't have what it takes. She can barely afford to pay her rent.

Sinful Serenade bassist Pete Steele has enough to pay Jess' rent and buy her a small island in the Caribbean. The famous, talented rock star has everything - except the one thing his manager wants. Pete rose to fame as a devoted boyfriend. Doesn't matter that his ex slept with his best friend. He needs to stop screwing his way through Los Angeles to keep the record company happy. The sweet blond waitress is exactly the girl he needs on his arm if he wants to clean up his dirty reputation.

Their arrangement is simple: He pays her tuition; she plays his girlfriend. They'll lie to the world but not to each other. Especially not when they're alone, in his bed, him figuring out exactly which buttons to push to get her moaning his name.

All sex no real plot

I purchased this book because of one of my favorite narrators, Tatiana Sokolov. Her performance was the bright spot of this purchase.

To tell the truth I had trouble with this story line from the beginning. Personally if I walked in on ANYONE having sex in a public bathroom, famous or not, I can honestly say he would never show up on my radar

However, if you like explicit sex scenes with an after an implausible plot with a great narrator this is the book for you! I would suggest waiting for a sale.

Female lead is a pushover.

The women in both Pete & Tom's stories were so whiney, never put their foot down & Jess specifically is way too clingy/smothering even after only knowing Pete 3 days! that part put a big damper on these last 2 books for me - especially after loving Myles & Drew's stories so much. Also, this narrator uses such a fake baby voice sometimes- she's not unbearable but it gets annoying. The way she says 'soul' KILLS ME! ha. I dont regret listening tho.

I like the book but Pete is made out in other books like a sweet heart and it this book he is kinda of a tool more than half the book and his girl is supposed to be a strong independent girl and she is super whiny and insecure though most of the book.. the end was great.