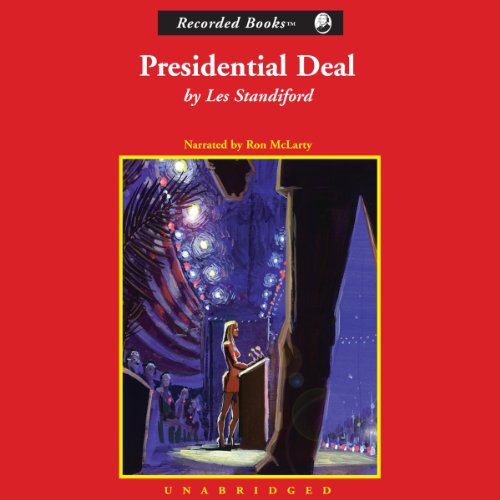 Growing numbers of fans are relishing Les Standiford’s novels for their tight blend of vivid crime drama and gritty characters. With Presidential Deal, the award-winning author has hit the best-seller lists with this thriller from his Deal series, which includes Raw Deal and Done Deal.

Johnny Deal is about to receive a presidential award for heroically rescuing 20 people from Miami waters. At the ceremony, however, as the president’s wife stands in for her husband, terrorists attack the stage. Now Johnny and the First Lady are hostages, and Johnny’s chances to remain a hero are rapidly slipping away. As each scene unfolds, it is sure to satisfy your thirst for brawny, fast-paced suspense.

Taking his place in the company of Elmore Leonard, Carl Hiaasen, and James W. Hall, Standiford crafts a fascinating vision of one man determined to keep his equilibrium amidst the twisted residents of the Florida underworld. Narrator Ron McLarty deftly voices Johnny Deal’s courage and ironic sense of humor.