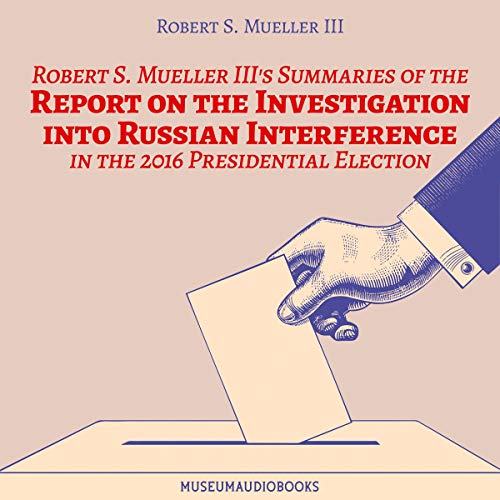 Robert S. Mueller III's Summaries of the Report on the Investigation into Russian Interference in the 2016 Presidential Election

"The Mueller Report" is the official report documenting the findings and conclusions of Special Counsel Robert Mueller's investigation into Russian efforts to interfere in the US presidential election of 2016, allegations of conspiracy between Donald Trump's presidential campaign and Russia, and allegations of obstruction of justice. It was submitted to Attorney General William Barr on March 22, 2019, and a redacted version was publicly released by the Department of Justice on April 18, 2019.

Volume I of the redacted report concludes that the investigation did not find sufficient evidence that the campaign "coordinated or conspired with the Russian government in its election-interference activities." Addressing obstruction of justice, volume II of the report does not conclude that the president committed a crime.