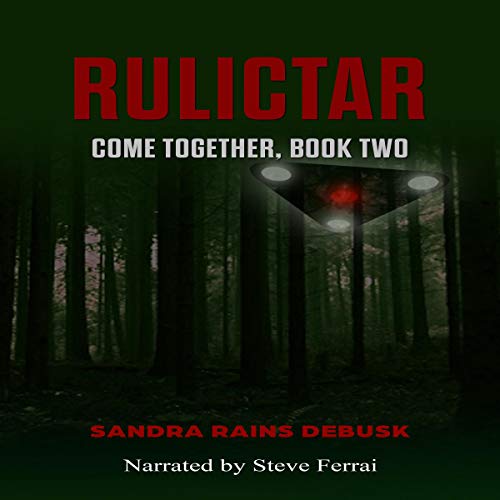 In 1996, certain areas of the Earth were invaded by aliens in search of human flesh to harvest as food for their planet. Yaydow, a Hum-alien and lead soldier, had compassion for humanity. Rulictar and the other alien soldiers like him did not.

Families were torn apart and the acid rain - which was brought by aliens and showered down on these areas of Earth in order to quickly remove the flesh of the humans for easy collection and butchering - claimed many people. Race, gender and age made no difference to the aliens. After what seemed like an eternity of torture, a lone man, knowing that the half-blood alien Yaydow knew, defeated the aliens and the main ship left Earth with a well-abided supply of meat.

Rulictar, because of his cruelty and his adamant attempt to harm humans that Yaydow himself deemed worthy of saving, was left along with others like him, on Earth to survive. Rulictar has dug and created an underground home and still comes out at night to hunt.