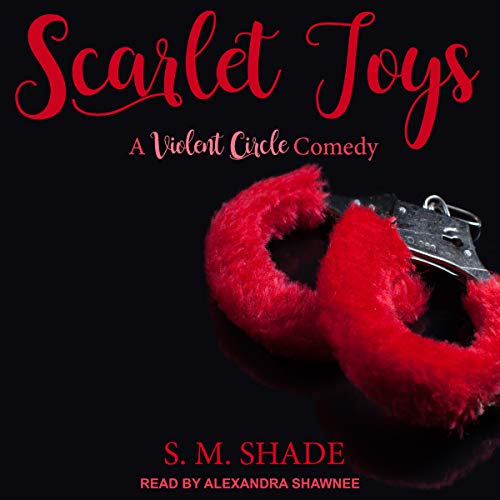 Living on Violet Circle, a place that's less of a neighborhood and more of an insane asylum poured into the street, I thought I was prepared for anything. After you've seen a woman strip down at the laundry room to wash the clothes she's wearing, then saunter across the street naked, you've seen it all, right? How naïve I was.

After the factory closed, leaving me and a good portion of the town unemployed, I took a job managing Scarlet Toys. I knew it wouldn't be a typical work environment, selling adult toys in a town more uptight than a constipated nun, but some things you just never see coming. Like the protesters covered in poison ivy, screaming about smut peddlers. Or a dancing dinosaur named Fappy. Or the allure of the man standing in the center of all the chaos.

Wyatt Lawson, a six-foot-four-inch heap of muscle with a quick smile, ignited my interest in more than the available manager position. Like the missionary one. Or the rodeo. Maybe the side rider. What can I say? I'm an overachiever.

This was so funny & loved the character and narrator Alexandra Shawnee. I'd never heard her before but looking forward 2 more - she's great!

This was a great funny read. Who doesn't love a story about a adult toy store moving to a small town with a crazy community. The people living on the Violent Circle may be financially struggling but their community spirit and willingness to help each other is priceless. The main characters have great chemistry and some adventurous smexy times. The author uses the adult entertainment industry as a comedic backdrop as we witness what it means to struggle in small town America and how those same people adapt to loosing jobs as manufacturing moves overseas. Don't get me wrong, that's a sad subject and a common struggle but this book is funny as heck. You don't have to have money to be wealthy.

The narrator did a great job and I would listen to her again. I recommend giving this book a listen too.

Great! Loved this! Had me laughing out loud. Totally worth it. Somethings money can't buy...love and true friends.

I love that its got the romance sexy side and funny parts. for sure has made me enjoy this book!

The woman’s voice is piercing and extremely bad acting- can not bare to listen to another minute!!!!! WOW! Terrible