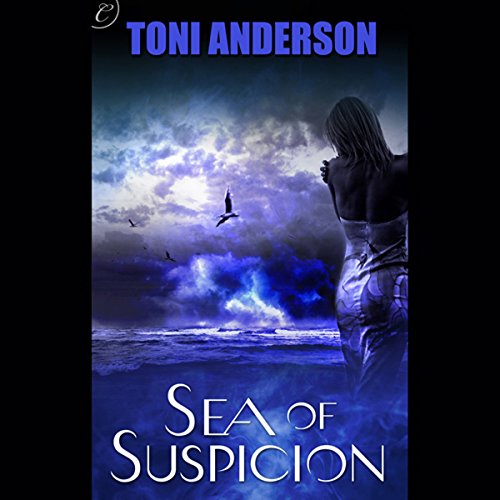 Marine biologist Susie Cooper traded her life in America for a dream job on the rugged Scottish coast. Now all she lacks is the right man to start a family with. After their first meeting, she knows sexy Detective Inspector Nick Archer isn't what she's looking for. He's the type of guy whose idea of commitment is staying the whole night.

Nick has returned to St. Andrews for one reason only - to fulfill his vow to find his wife's killer. Relentless in his 12-year quest for justice, he has no problem using Susie to get close to his primary suspect: her boss. But the passion between them smolders, and as it ignites, Nick finds himself torn between his past and his present - with Susie.

When one of her boss's students is murdered, Nick's investigation draws Susie into a web of madness and betrayal. They will have to learn to trust each other if they're going to catch a killer... and come out of this alive.

I wouldn't suggest this one. The characters are flat. The two main characters hardly even have a role, as the POV switches constantly to unimportant side characters. It's cliche, unintersting, silly. The male lead is a cardboard cutout. The woman is the typical, woe is me I've had my heart broken, except worse. She's also the most unintelligent heroine of all time.

The author is one very talent she grabs you from the first page throwing in a twist that is full of thrills. She gives you stories with today headlines with such passion, thrills, adventurer that sends chills through your body. This has a great plot and is a well written it will stay with you long after you put the book down. It’s a story that will make you look twice before going down a dark alley or being alone by yourself on a dark road.


The narrator does a wonderful job, her character voices are good, you can really feel what the characters are going through. Her female and male characters are wonderful, you always know who is talking and what they are feeling. There are no background noise, no volume changes and no repeating of words, it is a very clear audio that I really enjoyed. I am very disappointed with this narrator, he always brings me a delightful listen.

The author gives you such wonderful character along with supporting characters. They will steal your heart, make you laugh and give you shocks. All are strong, friendly and at times flirty. The author does keep her card close to her chest and keeps you guessing who the killer is. She puts in many twists that will have you with your mouth open. Toni is one of those authors when you see her name you know it is going to be an outstanding read. You know she has some thrills which will get your heart pumping and your mouth hung open. Toni is a wonderful author, her audios are out of this world. I never will forget the first one I listen to I keep looking behind me the whole way to work. If you have read or listen to one of her book you know why she is a bestselling author.