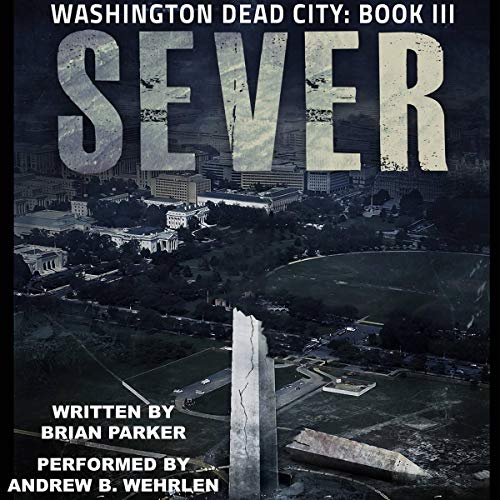 It takes political intrigue - and plenty of tanks - to defeat zombies.

Escaped zombies from behind the wall have swept across the northeast, their path marked by havoc and death. Into this nightmare world are thrust several unlikely heroes.

A full-time national guard soldier leads his company of tanks on a harrowing journey towards the Appalachian Defensive Line.

A small group of refugees fight for their own survival and end up facing demons of a different sort.

A hero from the last zombie war must fight against the first invasion of the continental United States in over 200 years.

Retired CIA operative Asher Hawke, AKA the Kestrel, will stop at nothing to eliminate the zombie threat - and save the nation that he's dedicated his life to protect.

It seems like that is the last book in the series, but I hope not. The series is a bit different in that the zombies don't immediately take over the whole world as in so many books. I think this allowed for some more interesting scenarios. Great stuff!

Perfect ending to the series

If you could sum up this book in three words, what would they be?
-Only 2 come to mind, perfect ending.

What other book might you compare this book to and why?
-Anything by Nicholas Sansbury Smith. Parker's story telling is very similar to Smith's.

Who was your overall favorite character and why?
-Asher.

Was this a book you wanted to listen to all in one sitting?
-Yes, but it took a few sittings. I did finish it in a day and a half though.

Would you recommend this audiobook to a friend? If so, why?
-Yes! But they need to start with book 1. Because it's a great series.

Have you listened to any of Andrew B. Wehrlen’s other performances before? How does this one compare?
-Yes, the first 2 books in this trilogy. He's great in all 3. I would love to listen to him again.

Did you have an extreme reaction to this book? Did it make you laugh or cry?
-I may have gotten a little teary eyed there at the end.

Would you listen to this book again? Why?
-Yes, but after a year or so. Because it's a really good book.

What was one of the most memorable moments of this book?
-Asher going against the Leader.

Any additional comments?
-I hate to see the series end.

Loved it!! Was sad for it too end

This book was given to me for free at my request and I provided this voluntary honest review. I

Now, once again this book Sever is goldmine. It summed up all the characters and still provided much gore and blood but not too much. Again not a fan of cussing and swearing but considering the circumstances I might have too. I highly recommend this audiobook.

book 2 got alittle long winded for me i mean ok but book 3 was what i was looking for all around a real good series thumbs up.

With Washington D.C. being a radioactive wasteland, the country is in flux. A contentious presidential race adds to the nation’s disarray.
Asher Hawke has been the lead man on handling the zombie situation. However, he is dealing with heartbreak. In this story, his life only gets worse.
This series has been enjoyable. There is a take on intelligent zombies that includes a new twist. Some trilogies seem to have a final ending that is a bit disappointing. This is not one of those. When it was over, things felt complete and satisfying.

Andrew Wehrlen is a great narrator. He is engaging, delivers unique character voices, and his storytelling is wonderful. He once more delivers an excellent narration.

What a conclusion to this excellent zombie action series. Andrew B. Wehrlen does an above and beyond job as great narrator. Definitely recommend you listen to the whole series.

Great ending to the trilogy

A fitting conclusion to Ashur Hawke, the Kestrel. This final novel was told from multiple points of view that helped flesh out the world.

Narration by Andrew B. Wherlen was good as usual, unique voices.

Wish there were more to this world, but it was a fitting end to the story.

"This book was given to me for free at my request and I provided this voluntary review."

5 star all the way

Sever Washington Dead City book 3..
The best of all 3 in the series.
Loved it all and couldn't put it down. Gripping fast paced and full of Zombie action. Brian Parker has surpassed his own high standards with this book.
The book sees the Zombie uprising finally defeated (or is it?)
Narration by Andrew B Wehrein who in my opinion is the voice of military post apocalypse. Excellent as always.
Fantastic post apoc fiction .
I received a free copy of this audio book at my own request and voluntarily leave this review. .

Bring on the tanks!

The wall and nuclear weapons were not enough to stop the undead. They found a way out and are overtaking the east coast of the United States. Their newfound ability to travel underwater has literally opened the entire planet to their threat. The Abrams tanks have been brought in to form a wall of lead against the invaders in one more effort to control the spread. Our former SEAL and ex-CIA Operator Asher Hawke is still on the job. After several heart-breaking experiences, he now plans a one-way mission back into Washington, Dead City to eliminate the type one zombie commanding the hoard. Will we be able to stop the advance of the undead hoard? In retrospection; every time I read one of these apocalyptic stories I am shocked and angered at the atrocities that human beings will impose on others. I am afraid this will all be too true should a disaster such as this come upon us. The only recourse will be to defend yourself and get to some sort of safety as soon as possible. I think numbers, firepower, and fortification will be the early priorities. Afterward, water, food, and ammunition will be secondary. I hope none of us ever have to experience anything similar to these stories. I was given this free review copy audiobook at my request and have voluntarily left this review.