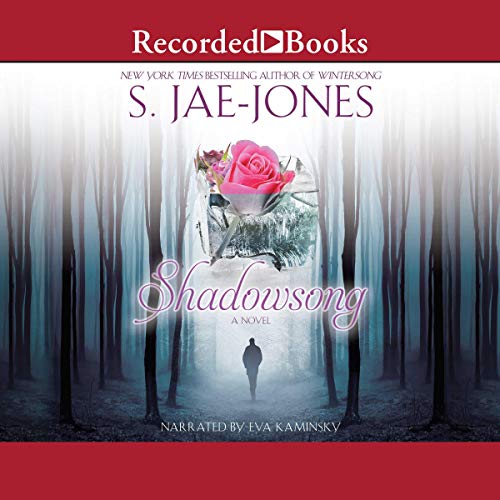 The conclusion to the gorgeous and lush Wintersong duology, Shadowsong by S. Jae-Jones.

Six months after the end of Wintersong, Liesl is working toward furthering both her brother's and her own musical careers. Although she is determined to look forward and not behind, life in the world above is not as easy as Liesl had hoped. Her younger brother, Josef, is cold, distant, and withdrawn, while Liesl can't forget the austere young man she left beneath the earth and the music he inspired in her.

When troubling signs arise that the barrier between worlds is crumbling, Liesl must return to the Underground to unravel the mystery of life, death, and the Goblin King - who he was, who he is, and who he will be.

What will it take to break the old laws once and for all? What is the true meaning of sacrifice when the fate of the world - or the ones Liesl loves - is in her hands?

I read wintersong years ago and loved it, so was excited to purchase shadowsong. I don't have a lot of spare time to read, so I decided to go the audiobook route. I purchased both, so as to refresh myself with the story, and I don't know whether time or the narrator's voice, but I didn't enjoy wintersong as much this time around. I thought the sequel would be more inspired, but again, the same thing. I found my mind wandering, and the story didn't grab me. I guess I'll have to find time to read it to recapture the magic.

This is a story of transcendence and reflection

A deeply engaging story, told from the perspective of a young woman who is brave and determined, yet possessed by her weaknesses as well. All of the denizens of this tale are very human, with all that entails -even those who are more than human, or less than human. Thus the dramatic tension in the pull within each character is sustained effortlessly throughout. There occasionally weak points in her descriptive language, but very few - few enough that it was seldom I took note of them: mostly I found it to be luminous and engrossing. There was one place where her prose began to take on a purple tint, as it were, but again singularly notable for being such an isolated occurrence. (I can't place exactly where these were: when one is listening to an audiobook, it's often difficult to keep track of such things - unless you write them down when you hear them. That wasn't something I thought of doing, in the moment. One doesn't, if one is thoroughly engrossed, after all!)

The only reason why I committed to this book is because I am afraid to go back to drinking in bars.