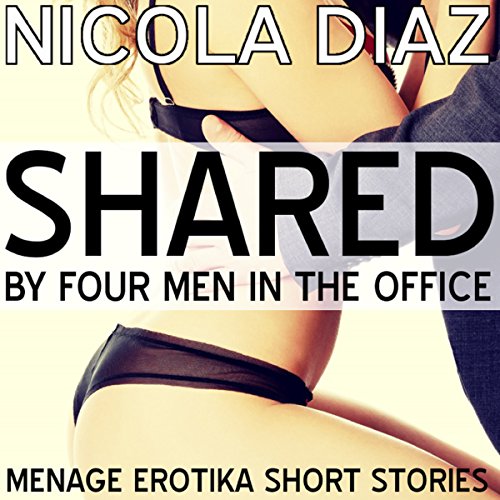 Shared by Four Men in the Office

Four men at the same time? In exchange for keeping my job? It’s a deal!

Busty young Cathleen is stunned to find the majority of her team being laid off at their lucrative corporate jobs. The insatiable blonde simply cannot fathom affording losing her job and intends to do everything possible in her power to sway the decision in her favor.

She finds out from an inside source that the deciding panel in the Human Resources team is an all male!

Wearing her tightest outfit and shortest skirt revealing a hint of her moist underwear, she arranges for a four-on-one meeting with the gang of men.

She knew she had to turn on the charms to sway the men. When it becomes clear she needs to push the envelope much further, she makes no hesitation in sharing every inch of her fertile and tender body to the gang of four huge men in exchange for keeping her job.

Advisory: This 3000 short story contains adult content and should be ready by adults only!