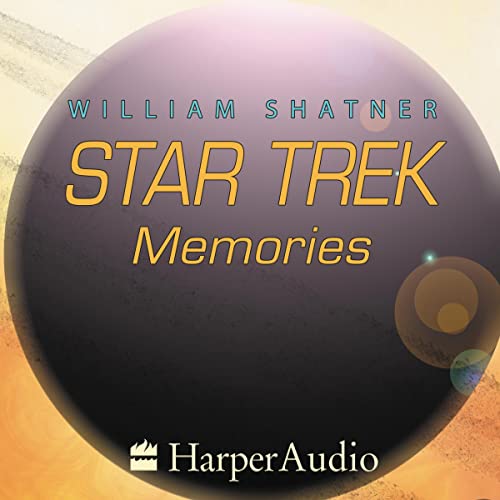 Boldly going where no audio has gone before, Star Trek Memories is William Shatner's own behind-the-scenes look at the legendary '60s television series that continues to spawn movies, books, and series spin-offs 26 years after the last episode aired. Avid Trekkers are sure to be delighted with this first-hand account from Captain Kirk himself.
©1993 William Shatner (P)1993 HarperCollins Publishers, Inc.
Biographies et mémoires Cinéma et télévision
Voir plus Voir moins

Star Trek has been an important part of my life since my youth in the 1960's. Naturally, I raced to buy a paperback copy of William Shatner's 'Star Trek Memories' when it was released in July 1994. I truly loved the book for Mr. Shatner's inside stories. But it was his candor and willingness to explore the creative and personal disagreements in creating Star Trek that I found so engaging.

Fast forward to 2022. I've just finished listening to Mr. Shatner share his 'Star Trek Memories' on Audible. It's even more powerful now to hear him share these personal memories and anecdotes than when I first read the book in 94.

Listening to this Audible presentation was like sitting down with William Shatner over a cup of coffee as he shares his experiences on the show. Honest, heartfelt and always interesting... William Shatner's 'Star Trek Memories' is a journey well worth the time for any serious fan of Star Trek.