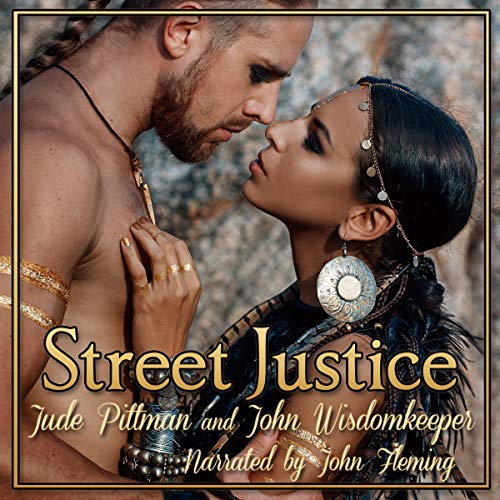 Finding a murdered First Nation's girl in Vancouver's Stanley Park in the middle of tourist season was the last thing homicide detective Mark Hanson needed, but that's what he's got.

Mark turned for help to the local Friendship Centre, where Metis police liaison Dez Pallaton suggested they ask for help from Spirit Water, a well-known Shaman who held the respect and confidence of the First Nations community.

In an attempt to keep the murder from triggering a race war, Dez convinced Mark to give him time to try and find the killer before revealing evidence that pointed suspicion at the Native community. Although the homicide detective was skeptical, he agreed with Dez that they needed to find this killer before more bodies started turning up in the city.

With the help of his co-worker, Martine LaChance, Dez set out to uncover the secrets hidden in the murdered girls' past. Both he and Martine believe the killer is a serial; a madman who is leaving clues that point a false trail to a Native as the killer. With the help of Spirit Water and the aid of forces in both the spirit world and the mundane, they are determined to find the killer before more innocent girls die at his hands.

A great fast listen! Don't underestimate thw length though because things happen fast in this thriller. I listened to the whole book in a single session it was so good!

Street Justice tackles various subjects like abuse, murder, and native American culture to really set this book apart from other stories I have read. If you like detective mysteries with a little romance in them this is definitely a book for you!

I received this audiobook review copy at my request and have voluntarily left this review.

This is a quick listen/read...but packs a lot of punch. A young First Nation girl is murdered and police believe that the killer is from her tribe. The victim’s brother hires a tribe liaison to work with the police to locate the killer. The identity of the killer will surprise you. Some steamy moments but nothing that detracts from the story.
I voluntarily accepted a complimentary copy of this book in exchange for an honest review.

This book sold me on Audible

Five Stars. I was never a fan of audio books until listening to Street Justice. The storyline is flawless. Characters are realistic and believable. Non natives and those raised in the culture will experience the pull of the story and be amazed at the skill of John Fleming's narration!

The mystery was a good one. It was predictable after all the suspects were revealed, though. There wasn’t any heavy dread or fear unless a failed attempt at rape appalls you (keeping in mind that it’s a story). The romance was slow and again, predictable. I think the hottest scene wasn’t the act itself but the description of Des when he exited from the shower. Sigh.
Narration was great. No complaints. His female voice was soft rather than the often attempt (and fail) at a higher pitch. I have an low voice and I hate when male narrators try to make female dialogs high pitched.
All I can give is an applaud for an entertaining listen. 👏🏻