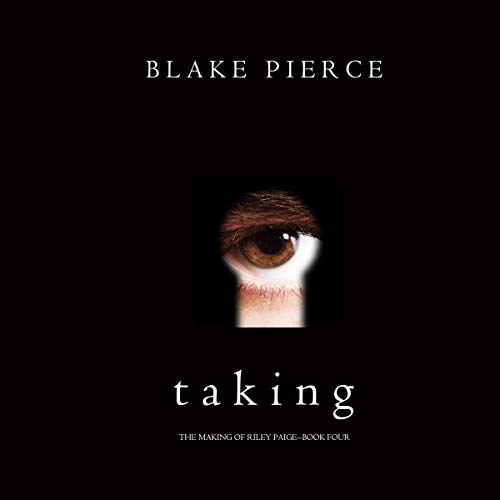 Taking (The Making of Riley Paige) is book four in a new psychological thriller series by number one best-selling author Blake Pierce, whose free best seller, Once Gone (book one) has received over 1,000 five star reviews.

A serial killer, suspected to be using an RV camper, lures and kills women across the country - and the FBI turns to its youngest and most brilliant agent: 22-year-old Riley Paige.

Riley has managed to graduate the FBI academy, determined to make it as an FBI agent. But when she is assigned her first official case with her new partner - Jake - she wonders if she is cut out for the task.

Riley and Jake, immersed in the RV subculture - and into the depths of the killer’s mind - soon realize that nothing is what it seems. There is a psychopath at large, stumping them at every turn, and willing to stop at nothing until he has killed as many victims as he can find.

With her own future on the line, Riley has no choice but to find out: Is her brilliant mind any match for the killer’s?

An action-packed thriller with heart-pounding suspense, Taking is book four in a riveting new series that will leave you listening late into the night. It takes listeners back 20 plus years - to how Riley’s career began - and is the perfect complement to the Once Gone series (A Riley Paige Mystery), which includes 14 books and counting.

Book five in the Making of Riley Paige series will be available soon.