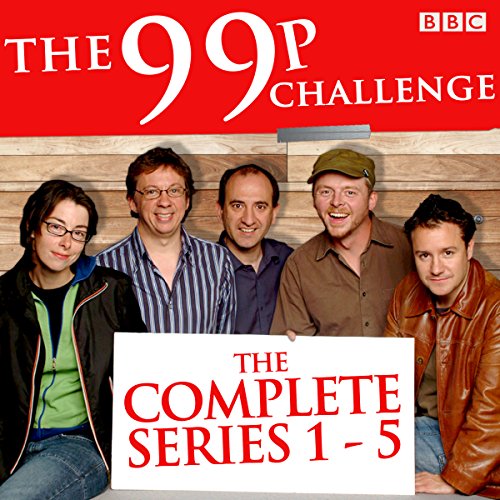 Starring the cream of UK writer/performers and comedians over its lifetime, including Simon Pegg, Sue Perkins, Miranda Hart, Nick Frost, Bill Bailey and Armando Iannucci, this is the complete and utter award-winning silly panel game that's not about music, sport, advertising or hats.

The show was written by the writers of Friday Night Armistice and Black Books and was described by The Guardian as “good enough to be the successor to I'm Sorry I Haven't a Clue".

Hear them as they spend a whole series trying to decide which stall they'd like to see at a village fete and decide it's a toss-up between Paint the Face of a Child on a Tiger stall and a Get the Angry Bear Down from the Cross competition. Meanwhile, they'll be discussing such vital issues as how to beat crime and how to sip coffee through a sausage, and they'll also be pondering the question "if an apple a day keeps the doctor away, what does a watermelon a minute do?"

"The laughter that's worth every penny." ( Mail on Sunday)
"Genuinely brilliant." ( Night & Day)

British panel shows are the best

I love British panel shows, like QI, Never Mind the Buzzcocks, Would I Lie to You, and The Unbelievable Truth. This one from the late 90s and early 2000s features a lot of great British comedians, like Simon Pegg, Nick Frost, Peter Serafinowicz, Sue Perkins, and Bill Bailey. If you don't know much about Panel shows, this is a radio program basically set up in a quiz/game show format, but all the answers are jokes. Sue Perkins hosts and asks the questions and the "contestants" try to give the most hilarious, ridiculous answers. Five series (seasons) in one collection is a great deal. Most of the other stuff like this, such as The Unbelievable Truth, is only available one series each and run just two or three hours. I highly recommend this if you're into British comedy.

Not 99p, but well worth any asking price!

I needed a good laugh & got this one with no idea what it was about, and was pleasantly surprised to discover just how fun & funny it is. Highly recommended.