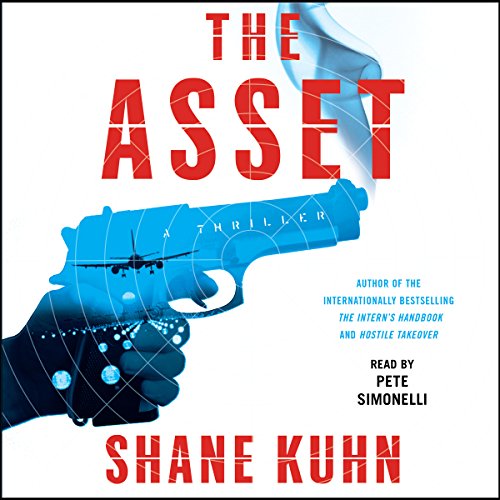 In the exciting new thriller from the author of the internationally best-selling Intern's Handbook, a private airport security contractor becomes a counterterrorism operative and must stop an attack that will destabilize the US and cause global chaos.

Kennedy - a private airport security contractor - knows more about airports than the head of the TSA, and he feels more comfortable in his British Airways Club World flatbed seat than in his own home. Haunted by the memory of his sister's death on 9/11, Kennedy takes his job and the protection of the American people very seriously. So when he's kidnapped and recruited into a CIA ghost operation known as Red Carpet, he jumps at the opportunity to become a civilian asset working with a team of some of the CIA's best counterterrorism analysts and spec ops soldiers as they race against the clock to stop the greatest terrorist threat the United States will ever face.

Shane Kuhn's bold, darkly comic voice has earned him rave reviews for his previous titles, starting with Intern's Handbook, which was called "a serious guilty pleasure" by The Seattle Times and "explosively violent and psychologically wily the way a good thriller should be" by the New York Post. Shane brings that same intense voice and gripping storytelling to The Asset - an edge-of-your seat listen you won't be able to turn off.

A good thriller is a good book. This is neither. It starts well, with a wonderful plot and high tech
tricksters shooting guys standing
right beside us - these quickly dead are Very Bad Guys and the book shifts into 5th gear. It goes downhill quickly ....

not as good as Onterns Handbook

This book was an intriguing story, well told, with twists to delight and make the story hard to turn off. Pete Simonelli gives the perfect voice to the story. You will love this book. I highly recommend you listen.

If you could sum up The Asset in three words, what would they be?

Airport security, a major concern today but you do not think of a hero coming for TSA arena. The book was slow to start but the suspense builds.

Worth the listen - but it's a slow build in comparison to his other books (The Interns Handbook, etc.). Still, was quite surprised and ended up really enjoying it. As always - great job Pete Simonelli!!