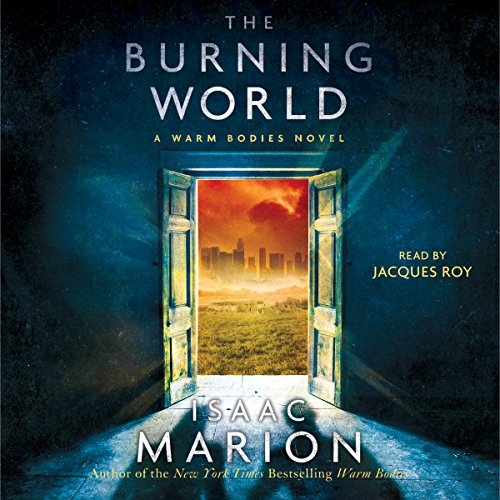 In this much-anticipated sequel, star-crossed lovers R and Julie must confront a world filled with the undead and the far more terrifying force that animates them.

Being alive is hard. Being human is harder. But since his recent recovery from death, R is making progress. He's learning how to read, how to speak, maybe even how to love, and the city's undead population is showing signs of life. R can almost imagine a future with Julie, this girl who restarted his heart - building a new world from the ashes of the old one.

And then helicopters appear on the horizon. Someone is coming to restore order. To silence all this noise. To return things to the way they were, the good old days of stability and control and the strong eating the weak. The plague is ancient and ambitious, and the Dead were never its only weapon.

How do you fight an enemy that's in everyone? Can the world ever really change? With their home overrun by madmen, R, Julie, and their ragged group of refugees plunge into the otherworldly wastelands of America in search of answers. But there are some answers R doesn't want to find. A past life, an old shadow, crawling up from the basement.

What did you love best about The Burning World?

The story expands upon the best things about its predecessors - the characters are deep, introspective, and feel like more than "survivors." The expansion beyond the airport and the dome into the greater world make the story vast, with luscious descriptions that deepen as the story progresses.

What other book might you compare The Burning World to and why?

This book is more comparable to it direct predecessor, Warm Bodies. While R is not so much the struggling, angsty protagonist of the second (nee first) book in the series, Marion does a fantastic job of allowing R to develop beyond the zombie savant of Warm Bodies, and into a fully realized and confident protagonist worthy of being the reluctant hero.

What does Jacques Roy bring to the story that you wouldn’t experience if you just read the book?

The narrator's storytelling skills do a fantastic job of making the tale immersive in a way that reading words on a page may not. While the writing itself is both technical and lush, Roy's telling of the tale lends considerably weight for those who get bogged down by good writing that affords no coddling for light readers.

There are several, but, "Spoilers."

While Roy's narration is very well executed and enveloping, my one criticism is that the main characters are voiced in a largely similar manner. The accents and vocal inflections used by Kenerly in Warm Bodies is sorely missed. That said, he does an excellent job, overall.

While this story veers away a bit from the original concept, I still love this book. Cannot wait until the next book is out.

An Insult to Warm Bodies

From Warm to Burning

I’m a huge fan of Marion’s prose. He writes with such lyrical mastery—his words are so fluid and poetic. ‘The Burning World’ is no exception.

A much darker and richer novel than its predecessor, this sequel to ‘Warm Bodies’ expands the zombified world of R and Julie to unprecedented depths. We learn more about the plague and its mysterious “cure,” we learn about what’s been going on beyond the airport, beyond City Stadium; most importantly, we learn more about R, and his life before he joined the ranks of the undead.

This novel is quite the ride—don’t get comfortable, and never prepare to stay in one place very long. Jacques Roy is an outstanding narrator, his voice for R is suitable. It is quite evident that this novel demands a sequel, and I very much look forward to seeing where Marion takes us next!

Jacques Roy does a phenomenal job delivering Marion's captivating prose and bringing the characters to life without absurd octave changes for the women. Loved every minute of Jacques' performance, he transformed a book I already loved into an entirely new experience.

I've waited so long for this sequel and it was well worth the wait!

My guess is the author is so angry about the movie made after his first book that he felt the need to have the characters step WAY outside themselves to become something less Disney, In my opinion this revenge was taken too far and against characters I enjoyed immensely in book form and the result is unrecognizable and now based in anger not love.

Not as good as the first novel

I definitely struggled to get through this audio book. The biggest problem for me was that I got confused on who the narrator was talking about sometimes. It might have been easier in print format but I felt this book was a lot harder to follow than the original.

great narrator gripping story wonderful characters I had a lot of fun listening to this r is such a we'll written character and it's so good to know who he was and what he did before being a zombie.