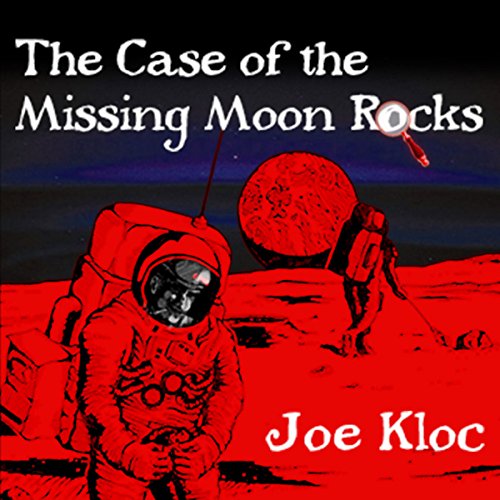 The Case of the Missing Moon Rocks

Joseph Gutheinz is on a mission to save the moon. Decades ago, astronauts brought back 850 pounds of rocks from their lunar journeys; the U.S. gave some away as "goodwill" gifts to the world's nations. Over time, many of them disappeared, stolen or lost in the aftermath of political turmoil, and offered for millions on the black market. Gutheinz, first as a NASA investigator and then the leader of an intrepid group of students, has dedicated his life to getting them back.

Author Joe Kloc tells a wild story of geopolitics, crime, science, and one man's obsession with keeping the moon out of the wrong hands. Joe Kloc is a former contributing editor at Seed magazine and researcher at Wired. His writing and illustrations have appeared in Mother Jones, Scientific American, and The Rumpus.

interesting but dry and unexciting

I read about 10 pages an hour, so I figure this book is about that long. It reads like a fairly good high school or freshman college short paper for some introductory or required English course.

This is a short book recounting the search for the Apollo moon rocks President Nixon gave out to many countries and all the US states as a good will demonstration. Due to political upheavals, corruption, and even museum fires, many of these tiny bits of moon rock are now unaccounted for. Joseph Gutheinz is a former NASA investigator searching for the lost rocks. He was first most interested in bagging charlatans palming fake rocks off on innocent putzes. Then he found a real one, and had to discover how it came to no longer be in the possession of a country! He discovers that some of the rocks are probably genuinely lost while others may be in the hands of secret collectors who obtained them by unofficial means.

This is yet another example of why authors should not read their own books. Mr. Kloc's delivery is monotone and boring.