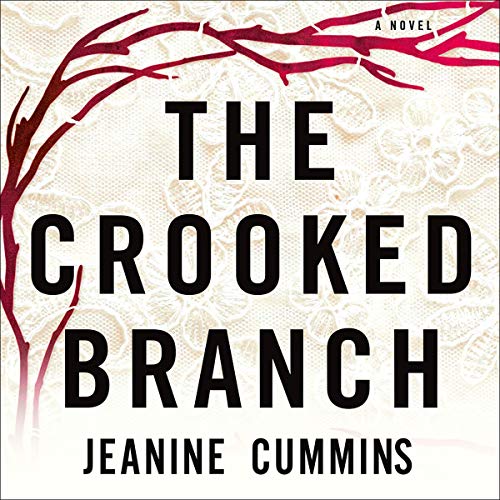 From Jeanine Cummins, the national best-selling author of American Dirt and A Rip in Heaven, comes The Crooked Branch - the deeply moving story of two mothers from two very different times.

After the birth of her daughter, Emma, the usually resilient Majella finds herself feeling isolated and exhausted. Then, at her childhood home in Queens, Majella discovers the diary of her maternal ancestor Ginny - and is shocked to read a story of murder in her family history.

With the famine upon her, Ginny Doyle fled from Ireland to America, but not all of her family made it. What happened during those harrowing years, and why does Ginny call herself a killer? Is Majella genetically fated to be a bad mother, despite the fierce tenderness she feels for her baby?

Determined to uncover the truth of her heritage and her own identity, Majella sets out to explore Ginny's past - and discovers surprising truths about her family and ultimately, herself.

Very interesting story with the characters very well described.
However, the voice that reads the part of the story happening in New York (now) is very annoying with the sometimes unnecessary whining (as many other reviewers have pointed out) that that part of the story lost part of its message. Still, I would recommend this book as well as all the currently published books from this author (specially The Outside Boy and American Dirt).

I loved this book. What an incredible writer. My only criticism is the irritating, whiney voice of Magella.

Captivating to the very end

I couldn’t it this book down. The narrator was excellent. The story was so compelling and Cummins captured so well the challenges of nee mothers especially those who have children a little later. I could not get enough of Ginny Doyle and her brood. Makes me want to learn more about the Irish famine. I thought American Dirt was good -,The Crooked Branch was even better. I can’t wait to read Cummins next book.

A Jekyll & Hyde of a Book

The Ireland portion narrated by Aoife McMahon is well-rendered and enjoyable. Set in 1847 during the Great Hunger, the story’s characters are interesting and multi-dimensional, the plot moves along, and the narrator’s voice is musical and well suited to the narrative. The other story line is set in modern-day Queens, and centers around a young mother with post-partum depression who is impossible for the listener— even empathetic people—to care about or sympathize with...she’s whiny, self-centered, and 99% intolerable. Patricia Rodriguez’s reading is difficult to listen to— I white-knuckled it through those sections, because I was motivated to know what happened at the end, and how the contrapuntal storylines eventually coalesced. I loved this author’s American Dirt and its narrator, but this was a mediocre book with one Set of characters and a narrator who made it bearable and another cast of characters and narrator one who really weighed it down. There are better books and better listens out there.

I very much enjoy Cummin’s descriptions and humor. I found her many fraught women depressing. Thank goodness there’s a happy ending.

not sure why some did not like the story. it's one of my favorite! very heartwarming and moving. definitely recommend.

The famine based story, told in a lovely brogue, was spellbinding but nearly ruined by the poorly inflected and grating postpartum whine it was paired with. Sorry to say..

Love the book and the author

Well told with just the right amount of detail for picturing the people places and events. Good story.

After all her other books this one was a disappointment 😞

Ms Cummings is a brilliant writer, however, this book was super disappointing. The present day New York elements ruined the book and for the life of me I can’t figure out why it is in there? It’s a total waste of time with the dumbest ending ever?! Magella is completely unlikable, and to make it worse her narration was like Nails on a chalkboard. Had this just been a book focusing on the compelling story of Ginny it would have been an excellent book.

I didn't think I was going to like this book because I was irritated by Majella: too young, crying baby, whining new mother, yadayadayada. But I loved Majella's Irish great-grandmother and couldn't get enough of her story and the torture endured during the worse time of her life. However, as Ms. Cummins always does, she weaves the lives together, so that, while I didn't love Majella, I grew to understand her plight. And, as in her previous works, especially Outside Boy (God, I didn't want that book to end) I was sorry for this story to also end. I'm now listening to her own personal story (a work of non-fiction) "A Rip in Heaven" and my heart is breaking over the anguish that her family has been through. I'm not done yet, but I literally have started crying listening to the details of a horrific, tragic crime.

Storyline didn't work for me.

Enjoyed "American Dirt" this story was fragmented and I lost interest in the second chapter.

Couldn’t make it past the first 15 minutes

If you want a crying wimping leading woman than read this book. Slow moving too.

A topic rarely so honestly explored in literature, “The Crooked Branch” delves into motherhood & it’s dramatic, life changing effect on women. Every mother who reads this book will identify with at least one experience of the four mothers, Magellan, Ginny, Jade or Majella’s mother.