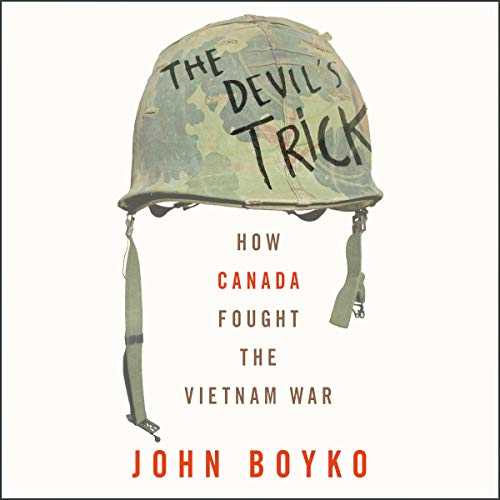 More than 45 years after the fall of Saigon, John Boyko brings to light the little-known story of Canada's involvement in the American War in Vietnam.

Through the lens of six remarkable people, some well-known, others obscure, best-selling historian John Boyko recounts Canada's often-overlooked involvement in that conflict as peacemaker, combatant, and provider of weapons and sanctuary.

When Brigadier General Sherwood Lett arrived in Vietnam more than a decade before American troops, he and the Canadians under his command risked their lives trying to enforce an unstable peace while questioning whether they were merely handmaidens to a new war. As American battleships steamed across the Pacific, Canadian diplomat Blair Seaborn was meeting secretly in Hanoi with North Vietnam's prime minister; if American leaders accepted his road map to peace, those ships could be turned around before war began. Claire Culhane worked in a Canadian hospital in Vietnam and then returned home to implore Canadians to stop supporting what she deemed an immoral war. Joe Erickson was among 30,000 young Americans who changed Canada by evading the draft and heading north; Doug Carey was among 20,000 Canadians who enlisted with the American forces to serve in Vietnam. Rebecca Trinh and her family fled Saigon and joined the waves of desperate Indochinese refugees, thousands of whom forged new lives in Canada.

Through these wide-ranging and fascinating accounts, Boyko exposes what he calls the Devil's wiliest trick: convincing leaders that war is desirable, the public that it's acceptable and combatants that what they are doing and seeing is normal, or at least necessary. In uncovering Canada's side of the story, he reveals the many secret and forgotten ways that Canada not only fought the war but was shaped by its lessons and lies.

“In his trademark style, Boyko delivers another fast-paced narrative, exploring Canada’s contentious and contested involvement in the Vietnam War.... In this revealing book, Boyko lays bare the lies and lessons of a foreign war that bled into Canadian society, and which still remain relevant.” (Tim Cook, author of The Fight for History)