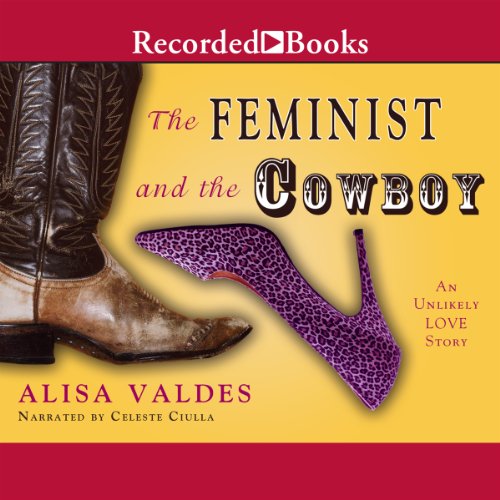 The Feminist and the Cowboy

Feminism was a religion in Alisa Valdes’s childhood home. Betty Friedan and Gloria Steinem took the place of Barbies and left Valdes impressed with a feminist ideology that guided a prolific writing career - at 22 Valdes was named one of the top feminist writers under thirty by the editor of Ms. Magazine. Yet despite her professional success, Valdes hit forty-two a single mom and a serial dater of inadequate men in tweed jackets - until she met the Cowboy. A conservative rancher, the Cowboy held the traditional views on gender roles that Valdes was raised to reject. Yet as she falls head-over-spurs for him and their relationship finds harmony, she finds the strength, peace, and happiness that comes from embracing her femininity. From their first date the Cowboy makes her pulse race, and she discovers that “when men… act like men rather than like emasculated boys, you as a woman will find not only great pleasure in submitting to them but also great growth as a person.” Told with plenty of humor and candor, The Feminist and the Cowboy will delight the many readers who made The Pioneer Woman a best seller - not to mention every woman who dreams of being swept away by a rugged cowboy.