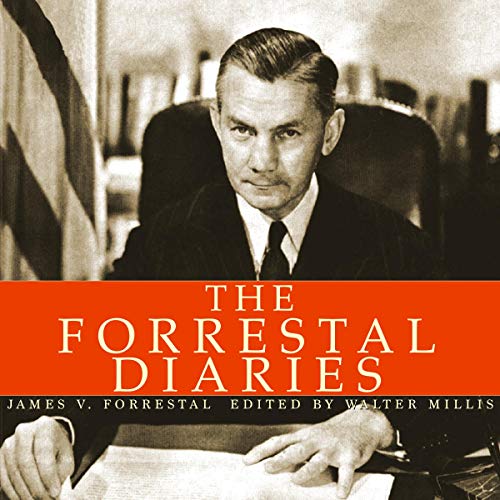 When James Forrestal resigned as secretary of defense in March 1949 before apparently committing suicide (arguably the highest ranking US government official to do so), he left in his office a large accumulation of files and papers. Among them was a private record. This was the "diary", as he called it, that he had maintained in one form or another since the middle of 1944, shortly after his appointment as secretary of the Navy. His instructions were that the diary should be deposited at the White House, which was an unusual request. The approximately 2,800-page work was then condensed and edited by military writer and historian Walter Millis. One hundred pages of the missing entries have been included in this production. Here is Forrestal's take on the workings of government and how matters of high estate were debated and implemented, written by one of America's most powerful public servants and in some of the most difficult and critical years of American history.

this book has been edited. All the juicy bits are gone. it takes quite an imagination to conceptualize what this book might have been