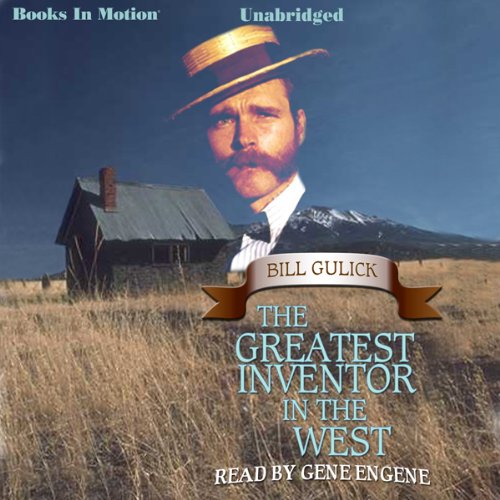 The Greatest Inventor In the West

Just as the big trees of the Pacific Northwest inspired the legend of Paul Bunyan, so did the Palouse Hills of southeastern Washington--where fantastic fields of wheat were raised on incredibly steep slopes--spawn tall tales about farmers, steamboat men, and the ingenious methods they used to get their grain to market. Though thirty-three-mule hitches and headers (whose downhill wheels were three times larger than the uphill ones) solved the harvesting problems, transporting the sacked grain two thousand vertical feet down to the steamboat landings took sheer genius.

The Greatest Inventor in the West tells the story of one Joseph Malone, who possessed just the kind of ingenuity necessary for such a feat and whose creations, though they might succeed later, often failed spectacularly the first time they were tried.

When the handsome young inventor falls in love with the beautiful, mute Mary Burke, whose wealthy banker father is financing Malone's new invention, he is forced to put all his talents to use--with rather surprising results.

Based on local legends of the Walla Walla area of Washington, this lively, humorous tale will appeal to anyone with an interest in the history of the Pacific Northwest. Adept at reshaping tall tales, Bill Gulick has given us such stories as "Hallelujah Trail", which was adapted into the award-winning film critics call "the funniest Western ever made." A longtime resident of the Northwest, Bill Gulick has written numerous books, both fiction and nonfiction, on the Northwest.