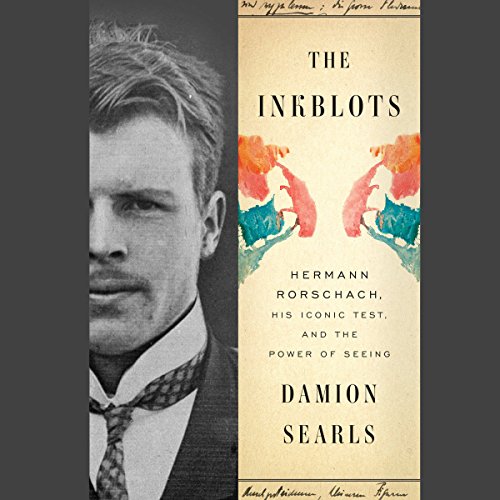 The captivating, untold story of Hermann Rorschach and his famous inkblot test.

In 1917, working alone in a remote Swiss asylum, psychiatrist Hermann Rorschach devised an experiment to probe the human mind: a set of 10 carefully designed inkblots. For years he had grappled with the theories of Freud and Jung while also absorbing the aesthetic movements of the day, from futurism to dadaism. A visual artist himself, Rorschach had come to believe that who we are is less a matter of what we say, as Freud thought, than what we see.

After Rorschach's early death, his test quickly made its way to America, where it took on a life of its own. Co-opted by the military after Pearl Harbor, it was a fixture at the Nuremberg trials and in the jungles of Vietnam. It became an advertising staple, a cliché in Hollywood and journalism, and an inspiration to everyone from Andy Warhol to Jay Z. The test was also given to millions of defendants, job applicants, parents in custody battles, and people suffering from mental illness or simply trying to understand themselves better. And it is still used today.

In this first-ever biography of Rorschach, Damion Searls draws on unpublished letters and diaries and a cache of previously unknown interviews with Rorschach's family, friends, and colleagues to tell the unlikely story of the test's creation, its controversial reinvention, and its remarkable endurance - and what it all reveals about the power of perception. Elegant and original, The Inkblots shines a light on the 20th century's most visionary synthesis of art and science.

"It seems incredible that no one before Damion Searls has ever written a biography of Rorschach.... His early death may have deterred other would-be biographers, but Searls sails past it with style: the second half of his book traces the fortunes of Rorschach's famous test, which became a household word in America after World War II, when the U.S. Army used it on draftees. Searls uses this unlikely-seeming artifact to illuminate two histories, one scientific, the other cultural, both full of surprises." (Lorin Stein, The Paris Review)
"A marvelous book about how one man and his enigmatic test came to shape our collective imagination. The Rorschach test is a great subject and The Inkblots is worthy of it: beguiling, fascinating, and full of new discoveries every time you look." (David Grann, author of The Lost City of Z)

"This excellent book begins as a biography and becomes, when [Rorschach] suddenly dies of a ruptured appendix at the age of thirty-seven, a cultural history of his creation." (Harper's)

Psychoanalysis has been a long time fascination of mine, so I listened to the entire audiobook in only a couple of days. Damion Searls gives a thorough, well-written account of Hermann Rorschach and his influential ink blot test.

Special mention goes to Paul Boehmer, who is clearly one of the best narrators in the business. His oration made this great book even better.

what an incredibly well written book

Not only well written, but also a superb explanation of complex ideas, clearly and in unbiased manner. Author is not just informed as writer and polyglot translator, but has grasp of nuances within the field, including understanding of neuroscience. I am grateful for my trainers in postgrad psychiatry training, adjudged the Rorschack to be helpful "at times" and "in the right hands." I'm glad to learn of Hermann Rorschack's ipersonal and professional ntegrity. Doubtless, he would have quashed the misuse ofbthis method, given his innate doubtfulness of the method itself. My training makes me cautious about the 100,000s of self styled therapists "on the loose." Assuming that "therapists" are either COMPETENT or SANE is very dangerous. the work begun, so ably continued, by Eric Kandel, Nobel Prize winner in neuroscience, continues to be enlightening. OVER 90 y.o., he's still writing, focussing on this very subject from viewpoint of formal artistry.