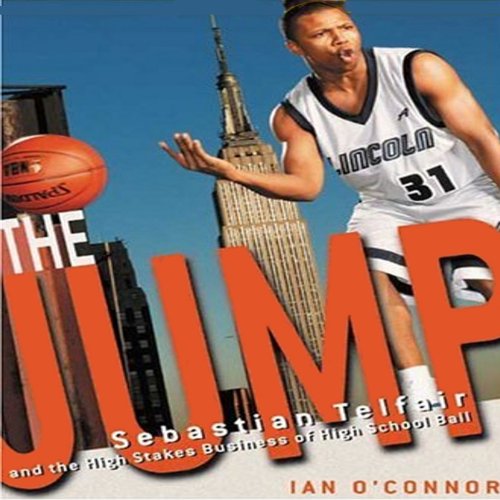 In The Jump, one of America's great sports writers follows high school phenom Sebastian Telfair on his quest for NBA stardom - and exposes all that big-time sports in America has become, the good and the bad. Kevin Garnett, Kobe Bryant, LeBron James - all became NBA superstars without playing a day of college ball. In 2004, Coney Island's 5-foot-11 Telfair became the first small player ever to jump straight from high school to the NBA when he signed contracts with the Portland Trail Blazers and Adidas worth $25 million.

Author Ian O'Connor, who followed every moment of Telfair's senior year, draws on exclusive interviews with friends, family members, coaches, recruiters, agents, and players to tell the story of the young star's road out of the crime-ridden projects and into the NBA. And O'Connor brings readers up to date on Telfair's fate in the NBA in an all new chapter.

Amazing story about a 5'11 kid who makes it to the NBA lottery and plays a decade. The story of The struggle with poverty and the struggle to make it out through basketball is amazing