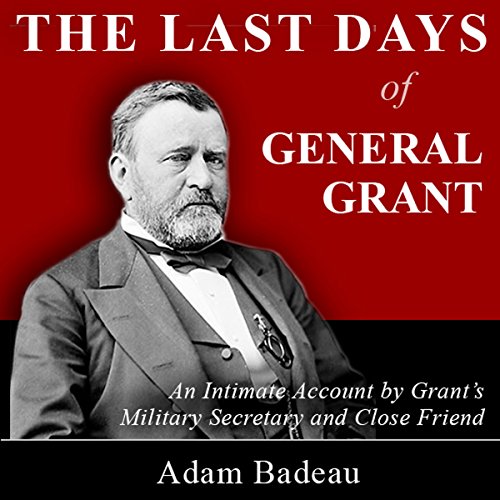 The Last Days of General Grant

The Last Days of General Grant: This is a poignant and intimate account of General Ulysses S. Grant's last days, written by Adam Badeau. Badeau volunteered for military service in the United States in 1862, early in the Civil War. He was appointed military secretary to General Grant, with the rank, first of Lieutenant-Colonel and ultimately, colonel. He was with Grant throughout the Wilderness and Appomattox campaigns, and remained on his staff until his retirement from the army in 1869, with the full rank of captain and the brevet rank of Brigadier-General. He accompanied General Grant on his post-Civil War tour around the world. They remained close friends for the remainder of Grant's life.